Did Blake Shelton Surprise Gwen Stefani With The ‘Best Present Ever’? 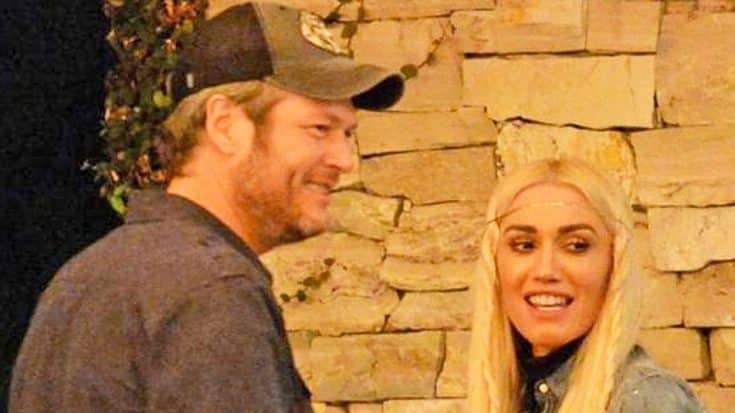 Speculation is surrounding Gwen Stefani’s latest Instagram posts, and fans are surprised at her sudden interest in owning a horse!

There has been no confirmation that the horse Stefani shared photos of on social media is from her new boyfriend, Blake Shelton but it does seem possible!

She then shared a second photo of her beautiful horse, Halo, commenting on the horse’s fancy new duds: “Look at my fancy fringe!! #cantbelivemylife Gx #Halo”

Stefani and Shelton have been at the center of tabloid rumors since the announcement of their new romance in November 2015. Gossip magazines have been spinning out speculation of pregnancy, engagement, and even marriage for the couple, but none of these rumors have ever been confirmed.

In fact, Shelton has made it a point to respond to all the attention via Twitter.

While those stories remain rumors, fans have reason to believe that Stefani’s “best present ever” is from her new man. Besides, Oklahoma is the perfect place to ride a horse!

What do you think of Stefani’s new horse? Do you think Shelton was behind it? Get the conversation started in the comments below!