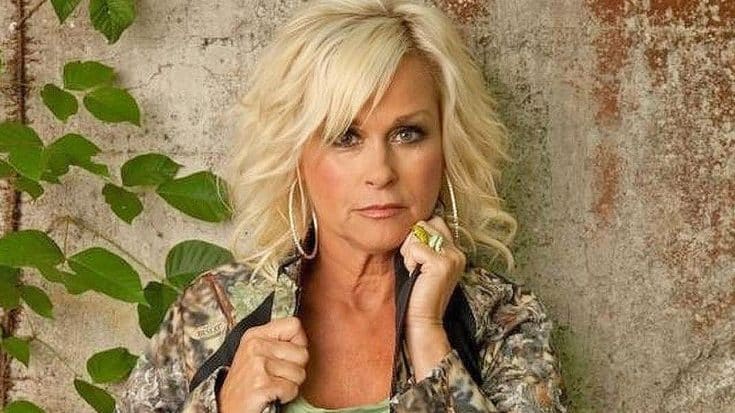 She noticed a hot pink t-shirt that read, “Patsy & Loretta & Emmylou & Dolly” and felt like it was missing something.

Morgan grabbed a sharpie and wrote “and Lorrie Morgan” at the bottom.

“I probably shouldn’t have vandalized the shirt like that“, Morgan said, according to a press release. “I just couldn’t help it. There it was dangling in front of me saying ‘don’t do it, don’t do it.’ so what did I do? I had to do it!“

We’re sure country music fans won’t mind that she signed the shirt!

“Patsy, Loretta, Reba, Emmylou, and Dolly are country icons, and some of my biggest musical heroes.” she continued. “They’ve paved the way for so many females in the country genre, including me, and I’m very proud and honored to call them friends.”

Morgan is famous for her hit singles “Five Minutes“, “What Part of No” and “‘Til A Tear Becomes A Rose“, featuring her late husband, Keith Whitley. Country music runs in her blood. Her father is legendary country singer, George Morgan.

See her “vandalize” the shirt below.