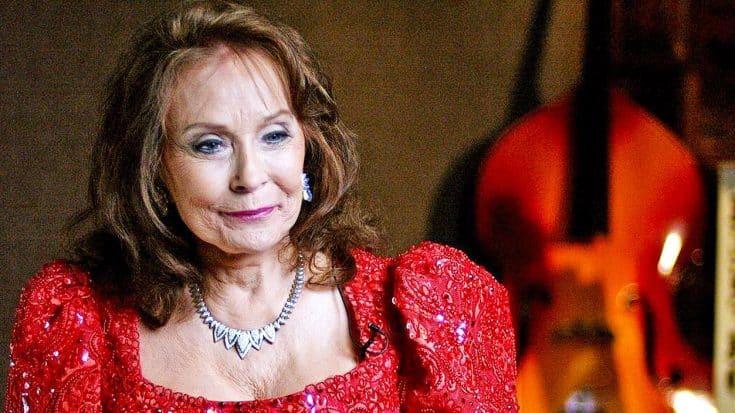 Loretta Lynn has a busy year ahead!

For the first time in ten years, Lynn plans to release a new studio album on Friday, March 4. The album, called Full Circle, will include updated versions of Lynn’s classic tunes, along with some new material written by Lynn herself. The album will also feature other artists such as Willie Nelson and Elvis Costello singing along with Lynn.

On the same day of Full Circle‘s release, a new documentary about Lynn’s road to fame, called American Masters-Loretta Lynn: Still a Mountain Girl will premiere that evening at 9 p.m. on PBS.

The documentary will outline Lynn’s road to success, as she dug herself out of poverty to become the most-awarded female artist in country music history.

“Oh heavens, I never thought of anything like this when I was a kid,”Lynn says in the film. “Growing up in Butcher Hollow, that’s where you’ll stay.“

Several of Lynn’s famous friends and fellow artists are set to make appearances during the film to talk about Lynn’s influence on them, including Miranda Lambert, Jack White, and Reba McEntire.

Lambert, who has always considered Lynn as one of her greatest inspirations, speaks about the impact the “Coal Miner’s Daughter” has made on country music.

“Loretta always just said exactly what she was going through right then in her music,” Lambert says. “That’s why it resonates with us.”

While others consider Lynn to be a lyrical genius, for Lynn singing and songwriting was something that came to her naturally.

“When I started singing, why I looked at the song book and thought, ‘Well heck, this is easy,’” Lynn says. “So I threw the song book down and wrote my own songs.”

Recently, Lynn offered a sneak peak into her upcoming documentary. In the short clip, you get to hear Lynn, Lambert, White, and more talk about Lynn’s career and how she changed the country music industry forever.

You can watch the sneak peek, exclusively available through People Country, here.

Who’s going to tune in to Loretta’s new documentary in March?