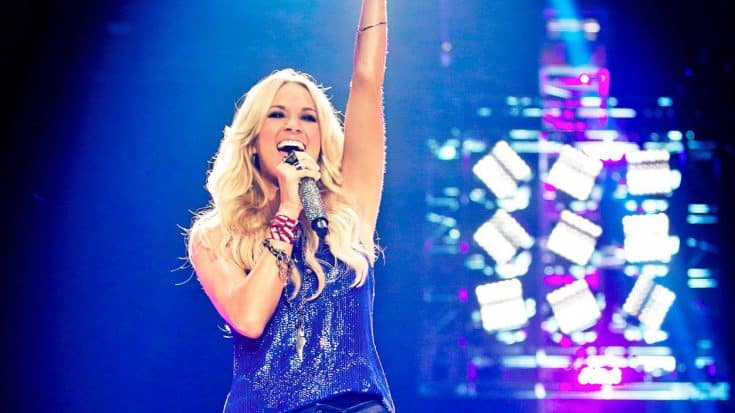 Carrie Underwood has a big performance coming up!

She has just been announced as the latest performer for the 2016 Grammy Awards, and country fans are buzzing!

Music writer, David Wilde made the announcement via Twitter with Underwood by his side. The two took a selfie and shared the news to more than 41,000 followers. The news spread fast!

Who else watch #NEvsDEN on @CBS was excited to hear @carrieunderwood will be at @TheGRAMMYs? pic.twitter.com/ROCuWHKxCX

This isn’t the first time Underwood has graced the Grammy stage. The eight-time Grammy award winner has performed on three separate occasions since 2007. Her last appearance on stage was in 2013 when she performed the classic hit, “It Had To Be You” with Tony Bennett.

Underwood has yet to announce which song she is performing or if she will be performing with anyone else. However, fans speculate that she could be performing her new song “Heartbeat” with Sam Hunt. “Heartbeat” is the second single from her latest album Storyteller, which features Hunt on backup vocals.

So far, Hunt, Adele, Little Big Town, Kendrick Lamar, The Weeknd, Justin Bieber, and Pitbull have been announced as performers. What a lineup!

Watch Underwood’s 2013 performance on the Grammy stage with Bennet below!