Woman Gets Ultimate Surprise When Fish Slaps Her Face 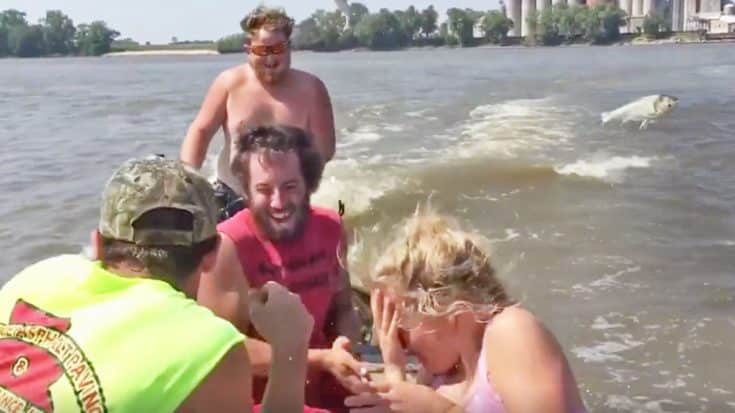 What looks like a perfect day on the lake turned out to be a “slap in the face,” if you will.

One sunny day, four people hopped on a boat and decided to sail around the lake. While enjoying the blue waters and the brisk air, they noticed something incredible! Fish began jumping out of the water around their boat. Incredible!

The four laughed and watched as the fish made their presence known, until something unfortunate happened for one of the not-so-lucky passengers.

Mid-air, a fish landed right on the girls face. It was a quick hit, but we’re sure it didn’t feel too good! And although it was clear that she was less than enthused, the other three passengers couldn’t help but laugh!

Apparently this isn’t as rare of an occurrence as you’d think. Fish have been known to jump out of the water when boats pass by, but they aren’t exactly known to slap people in the face!

While watching the video, keep your eye on the lower right corner of the screen. It’s quick!

You never saw it coming… and apparently neither did the girl in the video.

Watch the crazy moment below.

Woman Gets Face Slapped by a Salmon

The fish have spoken.