Linda Ronstadt To Receive Award Of A ‘Lifetime’ 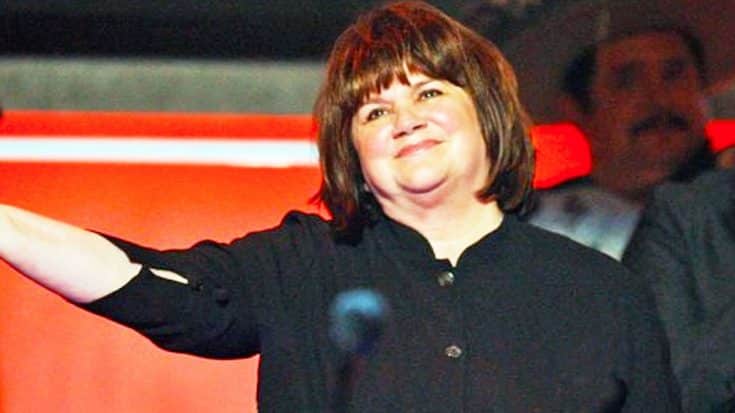 Linda Ronstadt can now add another award to her long list of honors she’s received over the course of her career.

Known primarily as a rock ‘n’ roll artist, Ronstadt has dabbled in multiple genres throughout the years, including country. Ronstadt famously collaborated with Dolly Parton and Emmylou Harris, and they released the album Trio together in 1987. The album held the top spot on the Billboard Country Albums chart for five weeks and ended up earning a Grammy for Best Country Performance by a Duo or Group with Vocal.

Due to the success of Trio, the three artists decided to collaborate yet again, releasing Trio II in 1999. The album was another Grammy-winner for the group, taking home the award for Best Country Collaboration with Vocals.

In addition to her 11 total Grammy Awards, Ronstadt has also earned three AMA‘s, two ACM‘s, an Emmy Award, and an ALMA Award. More recently, Ronstadt was given the award of a ‘lifetime’ when she was selected as one of the recipients of the Recording Academy Lifetime Achievement Award.

The awards are included as part of the Grammy Awards each year, and are given to artists who have made a great contribution to the music industry.

“Each year, the Academy has the distinct privilege of honoring those who have greatly contributed to our industry and cultural heritage, and this year, we have a gifted and brilliant group of honorees,” Recording Academy President and CEO Neil Portnow tells the Grammy Awards website. “Their exceptional accomplishments, contributions and artistry will continue to influence and inspire generations to come.”

Ronstadt has certainly influenced many artists throughout her career, and not only in one genre. Trisha Yearwood is just one of many artists who has been inspired by Ronstadt and her music.

“[She] was kind of the queen of rock ‘n’ roll in the ‘70s, but she had steel guitar and fiddles on her records, and she had a really big voice,” Yearwood said during a recent visit to the Country Music Hall of Fame. “I was always drawn to female singers that had really big, strong voices … So when I heard Linda Ronstadt, I thought, ‘That’s what I want to do.’“

Right now, Ronstadt hasn’t been able to release any new music due to her diagnosis with Parkinson’s Disease. Although she hasn’t released a new solo album since 2004, she may be releasing another album with Parton and Harris soon, which will include outtakes from their previous recording sessions for their Trio albums.

In the meantime, Ronstadt and the other Recording Academy Lifetime Achievement Award recipients will be honored during a ceremony and concert in the spring.

We’d like to congratulate Ronstadt on such an incredible achievement! Tune in below to listen to one of Ronstadt’s songs with Parton and Harris, “Telling Me Lies,” and you’ll be able to tell why she’s left such a mark on the music industry.