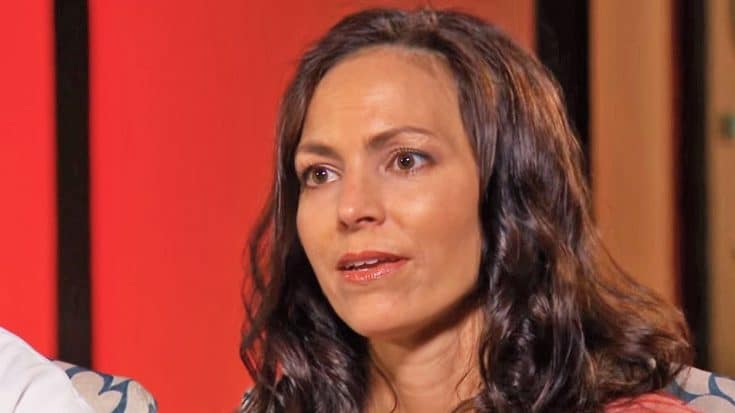 Long before Joey Feek made the decision to end treatments for her cancer, her and her husband, Rory openly shared messages of faith with their fans. But as times have grown tough for Joey + Rory, they are even more open about the role their faith plays in their lives, and in Joey’s case, her final days.

In a new promotional video for their upcoming album, Joey + Rory Hymns That Are Important To Us, Joey speaks about how her faith and hymns have helped her through these sad times:

Rory also shares the important role that faith has played in him and Joey’s lives since she made the decision to end her treatments, and how it has affected their fans as well.

“It’s just been amazing what these songs have meant to her, and in turn, meant to me, and in turn meant to thousands and thousands of people who are somehow following along in our journey,” says Rory.

The video features Joey + Rory singing some of the hymns that are featured on the album, including “Take My Hand, Precious Lord,” “I’ll Fly Away,” and “The Old Rugged Cross.”

In a recent press release, Rory says that this album is one that Joey always wanted to make, and that it contains many of the hymns that she grew up singing.

A deluxe edition of the album will be available for sale exclusively at Cracker Barrel restaurants on February 12, and will include photos of Joey + Rory, a magnet, lyrics, and excerpts from Rory’s blog, This Life I Live.

In the press release, Rory speaks about how dear the album is to him and Joey’s hearts.

“These songs of faith and hope mean so much to us, and to have them wrapped within intimate stories and photos from our lives is a dream come true,” he says.

You can watch the new promotional video for Joey + Rory’s upcoming album, Joey + Rory Hymns That Are Important To Us, below.

Our thoughts and prayers continue to go out to Joey + Rory at this time.