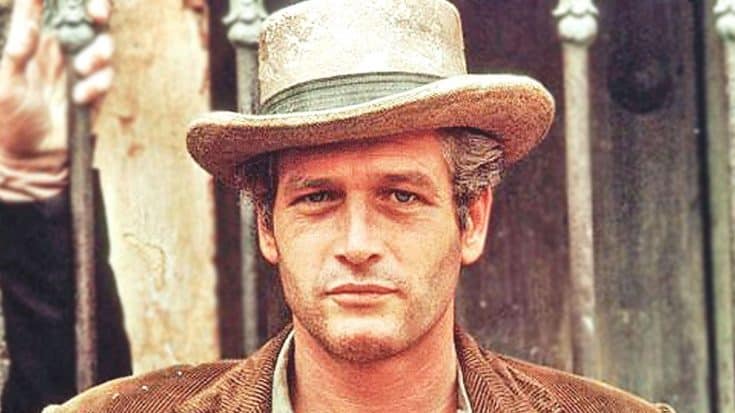 Born on January 26, 1925 in Shaker Heights, Ohio, Paul Newman developed a passion for acting at a young age. He earned his first acting role when he was only seven, playing the part of the court jester in his school’s production of Robin Hood.

Three years later, Newman performed in a production of Saint George and the Dragon at the Cleveland Play House, and was known for being a talented actor in their children’s theater program. After graduating from high school, Newman went to college for a short time before he left to serve in the Navy during World War II.

Once Newman returned from the war, he finished college and graduated with a degree in drama and economics. After traveling to perform with some summer stock companies, Newman moved to New York to study at the Actors Studio there, and the rest is history.

Over the course of his career, Newman starred both on stage and on screen and was also a director, entrepreneur, professional racing driver, environmentalist, activist, and philanthropist. He earned multiple honorary awards for his work, as well as an Academy Award, an Emmy Award, and a BAFTA Award.

Newman remained active in his career right up until the end, and had planned to make his stage directing debut in 2008 with the Westport Country Playhouse. But on September 26, 2008, Newman passed away due to lung cancer, leaving behind his incredible legacy.

With such an expansive career, Newman truly left his mark on Earth. Out of everything he accomplished throughout his career, he is still remembered the most for his unmatchable acting talent, the result of years of hard work and training.

In honor of what would have been Newman’s 91st birthday, we’ve decided to pay tribute to him with some of his greatest scenes from two of his most memorable movies.

Cool Hand Luke was released in 1967, starring Newman as the character Luke, who is a prisoner in a Florida prison camp during the 1950s. Throughout the film, Luke fights against the prison system, and becomes subject to punishment for doing so.

Luke is oftentimes compared to Jesus, since both had great influence on others and both were subject to torture. There is a heavy use of Christian symbolism in the film in general, especially when Luke sings the song “Plastic Jesus.”

In the film, Luke’s mother, Arletta helps to lift his spirits after she visits him in prison. But Arletta is ill, and when Luke recieves a letter saying that she has passed away, he’s heartbroken. In response, Luke sits down, grabs a banjo, and begins to sing the song “Plastic Jesus,” as rain pours outside the prison. As the raindrops fall down the window, tears stream down Luke’s face while he thinks about his beloved mother.

Newman captures the emotion of his character and the moment perfectly, proving just how talented of an actor he was.

The Bicycle Scene In Butch Cassidy And The Sundance Kid

In 1969, Newman appeared in the Western film, Butch Cassidy and the Sundance Kid, starring as Butch Cassidy, who was known as a bank and train robber in real life.

The film tells the story of Butch and his partner, the “Sundance Kidd,” who go on the run following several train robberies. The duo retreats to Bolivia along with Sundance’s lover, Etta, and try to pursue a criminal career there.

To this date, the film is a favorite of many, and was selected to be preserved in the U.S. National Film Registry by the Library of Congress in 2003.

One of the most memorable scenes in the movie is the silent bicycle scene, in which Butch rides up to Sundance and Etta’s house and takes Etta out for a ride on his bike. The two of them ride through the beautiful landscape while the song “Raindrops Keep Falling On My Head” plays over the scene.

The scene is a true showcase of Newman’s talent as an actor, because he performs all of his own stunts with the exception of one.

After a 60-year career, Newman left behind a long list of memorable works, made all the more memorable due to his incredible talent as an actor.

Although Newman may be gone, his legacy will always live on through his iconic roles and scenes.