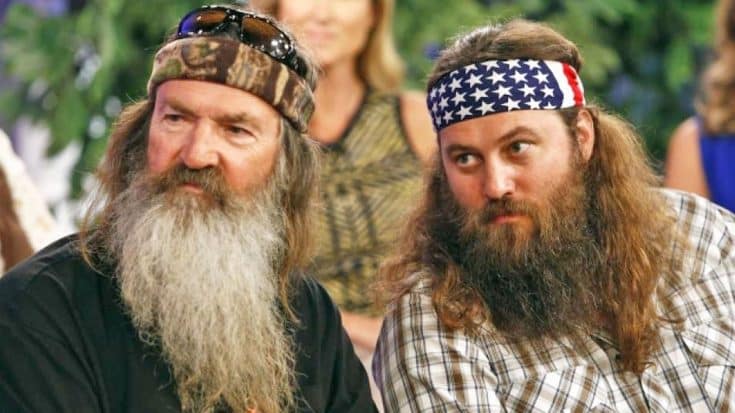 As the race for the Republican primary continues between Donald Trump and Ted Cruz, two of Duck Dynasty’s finest have split views… sort of.

Willie has been endorsing the candidate he believes can bring the most change, and ‘make America great again’, referring to Trump’s official campaign slogan. But while Willie is busy endorsing Trump, his father and patriarch of the Robertson family has been promoting another candidate.

Phil has been a strong advocate for Senator Cruz, and stands behind his values, particularly in religion. Cruz even joined Phil on a duck hunt and was able to hold his own with the Robertson clan, winning Cruz even more points with Phil.

In a live interview with Fox News’ Sean Hannity, the father and son duo discussed the reason behind their split in presidential candidate support. Even though they haven’t been endorsing the same man, they agree that Trump and Cruz are both excellent picks.

“I don’t dislike Trump and his sons at all, and if he wins the nomination, hey, I’m all in.”

With the 2016 elections right around the corner, this has been a hot topic issue across party lines. Who will you vote for in 2016?

Watch the full interview with Hannity below.