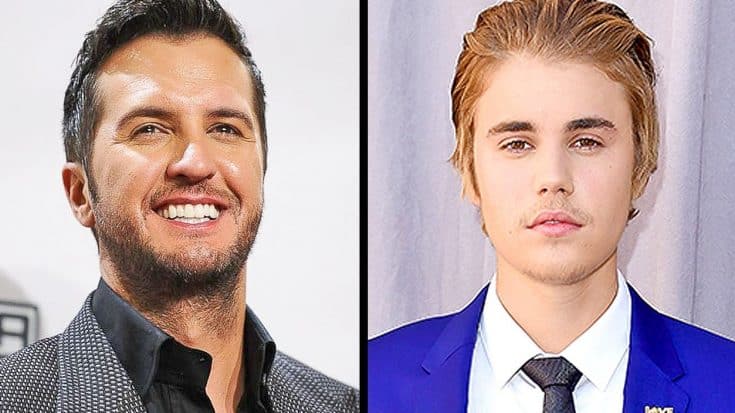 When you hear the names Luke Bryan and Justin Bieber, it’s hard to imagine them having anything in common. Well, we found one thing.

Bryan caught wind of a video Bieber took part of while vacationing in Mexico. While leaving a restaurant, Bieber found a soda cart with the writing “Urban Chesco” on it and began using it as a drum.

Because he is currently in Mexico himself performing at his Crash My Playa concert vacation experience, Bryan decided to remake the video when he came across an “Urban Chesco” cart!

Bryan light-heartedly plays a beat on the cart, mic-drops his drumstick and is handed a beer!

He definitely put his own spin on the video and looks like he is having the best time ever at Crash My Playa!

Watch the videos below.