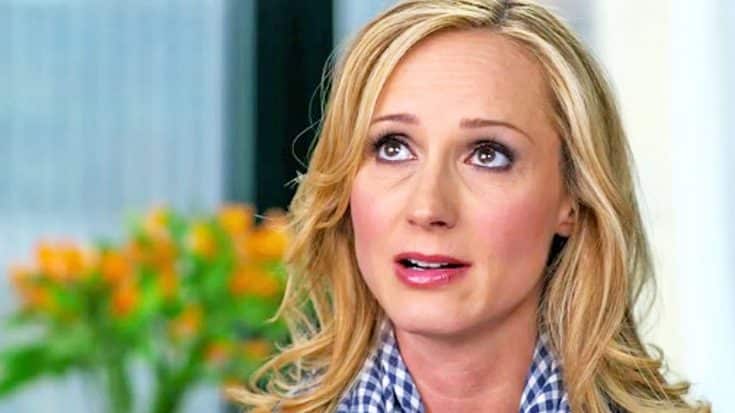 Over the course of her career, Chely Wright has had more than 15 singles make their way onto the charts. Although Wright seemed to have it all, with big hits such as “Single White Female” and “Shut Up and Drive,” she was hurting inside from hiding a personal secret.

In a new interview with Makers, Wright reveals that she was nine years old when she realized she was gay. She fought against the realization for years, saying that she would go out into a field and pray a special prayer to not be gay.

Wright went all through high school without coming out, and continued to keep her secret hidden even after she broke into the country music scene. Despite her caution, rumors surfaced about her sexuality, and Wright knew her career could be over if people found out.

“We know our audiences and we sing to them, we write to them about God, and country, and family,” she says. “But there is a long-standing belief that those things don’t have anything to do with people like me.”

In order to continue chasing her dreams as a country music artist, Wright kept her secret bottled up inside for years:

“No one had ever come out in country music. I promised I would never be the first…I lived in fear every, single day that someone might find out my secret.”

The pressure of keeping her secret eventually became too much for Wright, and she confesses that one day she pulled out a gun, stuck it in her mouth, and prepared to kill herself. But when she looked at herself in the mirror, she realized in that moment that she had to come out.

Eventually, Wright started coming out to her family and close friends, and did so publicly in 2010. People Magazine reported her coming out in May of that year, and Wright also released her autobiography Like Me, which detailed her journey and personal hardships.

Wright was one of the first and few country music artists to publicly come out. Since then, she has released one new album, Lifted Off the Ground, and started work on another album in September 2015. In addition to her career in country music, Wright is also a gay rights activist, founding the Like Me Organization, which provides education and resources to the LGBT community.

You can watch Wright’s full interview about her journey here.

We’re glad that Wright finally found some happiness, because she makes some great music! You can listen to her number one hit, “Single White Female” in the video below.