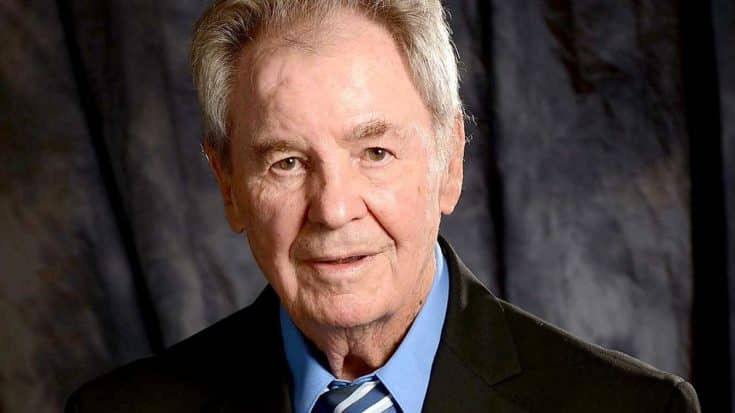 He was the man responsible for bringing NASCAR to life for fans around the country. At the age of 83, Barney Hall passed away Tuesday, January 26th from complications following a recent surgery. He is survived by longtime companion Karen Carrier.

Hall was regarded as one of the best sports broadcasters out there. His smooth voice was a familiar sound to NASCAR fans for decades, and the news of his passing comes as a huge shock to the community.

Hall was involved in broadcasting stock car racing for more than 50 years. He called his first Daytona 500 on the radio in 1960 and had been a key part of the Motor Racing Network’s broadcasts since 1970. In 2014, he called his final NASCAR race for MRN in Daytona for the Coke Zero: 400.

Hall’s calm, cool, and collected radio voice made him a giant among the media. Perhaps the most trusted broadcaster in the sport, his name is one of two on the NASCAR Hall of Fame’s highest honor for media, the Squier-Hall Award. He and Ken Squier were also the first two recipients.

As the news of Hall’s passing spreads, members of the NASCAR community have turned to social media to express their condolences.

Thank you Barney. You were a blessing and will be missed. https://t.co/0n52ssKUEQ

This is awful, awful news. Great guy & incredible spokesman for the sport for decades. I’ll never forget that voice. https://t.co/SWB4ngmpZE

No one painted pictures with his words like Barney Hall did. He made me feel like I was there, at the track, right where I wanted to be.

Growing up listening to the race cheering for my dad as a kid Barney hall was one of the best on the radio. Prayers for him and his family.

Below is a compilation of clips featuring the legendary voice of NASCAR. Our prayers go out to Hall’s family, friends, and loved ones. Rest in peace, Barney Hall.