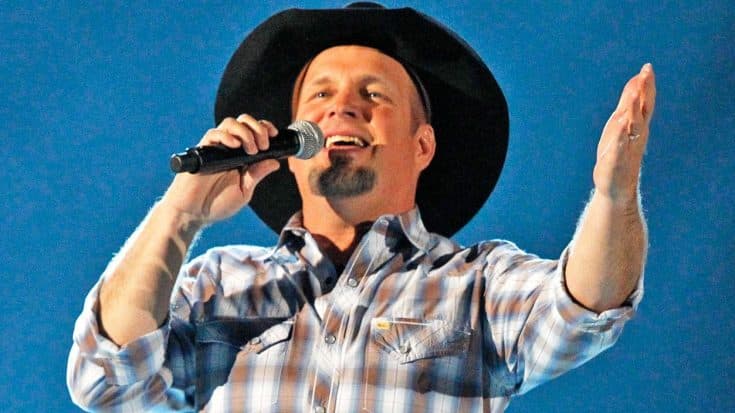 As American Idol airs it’s final season, it’s time to look back on the competition’s past winners.

Some of music’s biggest stars have come from the competition, including Kelly Clarkson, Carrie Underwood, Scott McCreery, and Kris Allen.

Thanks to Yahoo Music’s Reality Rocks, Idol‘s Season 8 winner, Kris Allen, was able to open up about his experience throughout the competition. In the article, written by Allen himself, we learn exactly what he was thinking, and how he credits one country icon for his big win.

Throughout the 8th season, Allen was known as the underdog. It’s no doubt that Allen’s win was one of the most unexpected (and exciting!) moments in the show’s history.

In the Yahoo article, Allen even admitted he was surprised by his win. He said the first time the public was able to see him, he wasn’t anything special.

I didn’t have some huge voice, big personality, or compelling backstory that made you want to watch. I’m pretty sure they call that in the biz “NOT GOOD FOR TV.” I honestly could not see myself still standing by the end of the competition. Not once did I think that. I had nothing to lose, though. So I decided I was just going to do me. And they let me. They let me get in my zone.

Allen believed that season 8 had the best talent the show had ever seen. He continued,

So when I put myself up against the competition, I thought my role on the show was to stay in for a couple of weeks, and then I was sure to head home soon.

But then Country Week happened.

It was Kris Allen’s time to shine! And who did he credit for his success? Well of course, the iconic Garth Brooks.

Coming from Arkansas, I grew up liking country music, but I always knew I wasn’t a country singer. So this week was interesting for me. I didn’t want to do something that made me sound country, so I had to be smart. I loved “To Make You Feel My Love” by Bob Dylan and I knew Adele had done a version of the song, but I also knew that Garth Brooks had a version on the Hope Floats soundtrack. (Don’t ask me how I knew this.) So I went to the producers with the Garth version, hoping that they would say it was cool. It wasn’t without pushback. They said, “This is a Bob Dylan song.” I said “But, but Garth sang it as well, so it’s kind of like a country song, right?” So they let it slide.

With a little help from Randy Travis, Allen prepared for a once in a lifetime performance. During practice Travis told him, “You made it yours, you didn’t just copy Garth’s record. Garth would be proud of that, he’ll like that.”

So in the Top 11 performances, Allen had one chance to show the judges and America that he could be the next American Idol, and he did just that! He took everyone’s breath away through a stunning rendition of Brooks’ “Make You Feel My Love.“

Allen wrote of the performance, “This was the first performance that I really felt incredibly confident in.“

We think it was a well-deserved win!

Check out the moment Kris Allen became an American Idol winner below.