Tyler Farr Forced To Pull Out Of Tour 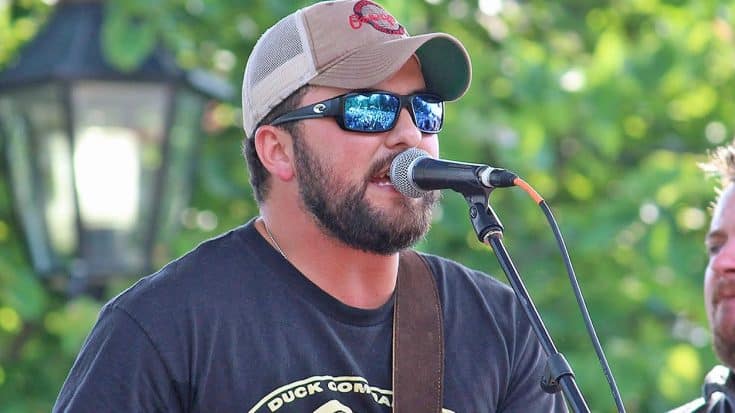 Tyler Farr, who is known for his Top 10 hits “A Guy Walks Into A Bar” and “Redneck Crazy“, has been forced to cancel his upcoming tour with Lee Brice.

He has been placed on total vocal rest and needs surgery to remove a polyp on his vocal chords.

Unfortunately guys, I got the news that I won’t be able to join Lee Brice on the Life Off My Years Tour. I’m having…

Brice and Farr announced their Life Off My Years Tour in November and were preparing to hit the road on February 4.

Unfortunately, Farr noticed some problems during a few shows in 2015 with Jason Aldean and was diagnosed with bronchitis and a polyp at the end of the year.

“This is the last thing I would’ve ever expected,” Farr said. “I sing hard, and I give it everything I have every night, but I really believed I was putting my training to work. After a  No. 1 song, an awesome tour with Jason and getting engaged, this is not how I thought I was going to be winding up 2015.”

The next few months will be a little different than he imagined. He will be working with the Vanderbilt Voice Clinic to get back to tip top vocal shape.

Maddie & Tae, Clare Dunn, and Jerrod Niemann have stepped up to fill in for Farr.

Brice admits he will miss Farr on tour, but still promises some really amazing shows.

“Life happens,” Brice shares. “I always stand by my friends, and I’m grateful that Maddie & Tae, Clare and Jerrod will join me on these dates. Touring with Tyler promised a lot of fun, but knowing this group of artists, I wholeheartedly believe people coming to these shows will have a great time. I can’t wait to get on the road and mix it up with these guys — I know I’m ready, and so are the fans.”

Life Off My Years Tour Dates

Love y’all. Thank you for staying with me.