Parents Find Their Toddler Doing THIS On The Baby Monitor. I’m Speechless! 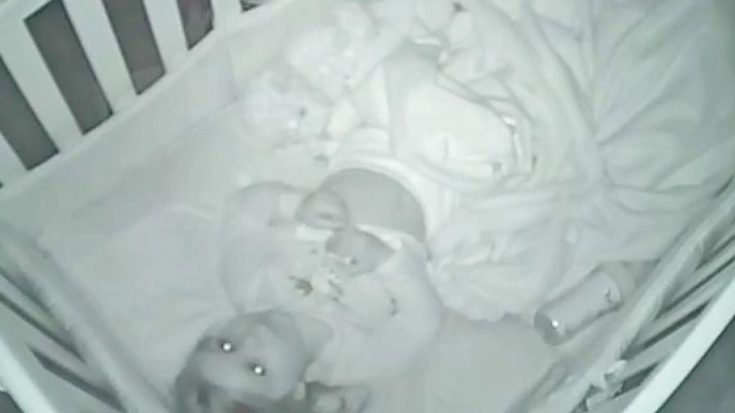 Every night before they put their daughter, Sutton, to sleep, Kathryn and Caleb Whitt say their nightly prayers.

Sunday night (Jan. 24), the parents forgot to pray with their two-year-old daughter, so she took matters into her own hands.

While laying in her crib, Sutton began praying and thanking God for everyone in her life, including her mommy and daddy. She finished her two-minute prayer with, “Amen!”

Kathryn told CNN they started hearing noises from Sutton’s room, so she turned the baby monitor camera on and watched the prayer from her phone.

Kathryn and Caleb saw Sutton thoughtfully calling out people by name during her prayer including her grandma and Santa Claus.

Kathryn shared the video on social media for family and friends, but it has been viewed over 1.3 million times on Facebook alone. That doesn’t even count YouTube views or any news outlet it has been shown on.

The little girl in now a local celebrity! Sutton joined her mom at work this week and was asked multiple times for her autograph.

Kathryn has also received a lot of sweet messages. “Almost immediately people from all over were sending us messages saying that this touched their hearts,” she said.

We put Sutton to bed about an hour ago and then heard noise coming from her room. We turned on her baby monitor and found her praying! Wish we could have gotten the whole thing recorded. You've got to watch this! So sweet!!!