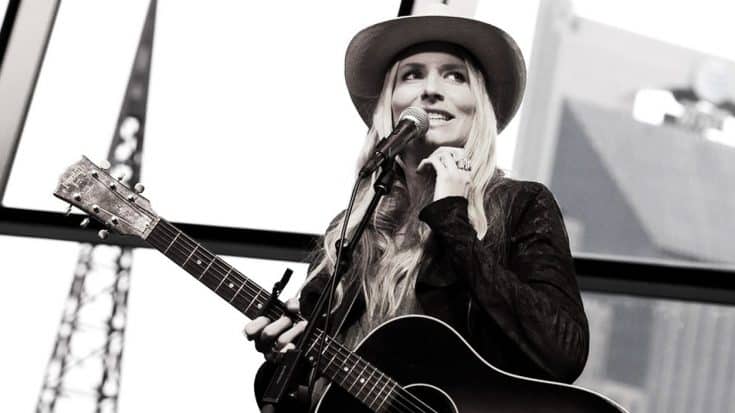 The talented young granddaughter of a country legend has something cooking…

Williams launched her second studio album Here With Me in 2009 and it brought her into new heights of success. People magazine named it “one of the top ten albums of the year”, and Billboard praised her, saying it was “one of the best singer/songwriter albums to come out of Nashville”.

Her most recent album, The Highway, was released in 2013 and peaked at the No. 1 position on Billboard’s US Heat chart, and landing in the Top 20 on the US Country chart.

In a recent post to Facebook, Holly Williams makes an announcement that will have her massive fan base reeling with excitement!

Along with a photo of her and music legend Jon Prine, the country star reveals that she was able “to take an afternoon break” and record with her hero.

But, what was it they were recording? As the singer goes on, she tips fans off to an upcoming project she’s been working on with Prine.

“Our duet will be out this fall, and my grandma Audrey wrote the song.” Williams says of her latest recording session with Prine.

Check out the full post below and keep your eyes peeled for their upcoming music! Especially music that transcends generations from being written by her grandmother, and Hank Williams wife, Audrey!

I adore John Prine!! It’s pretty much the best day ever when you get to take an afternoon break from a workday and…

Watch Holly sing her grandfather’s hit “I’m So Lonesome I Could Cry” in the video below!