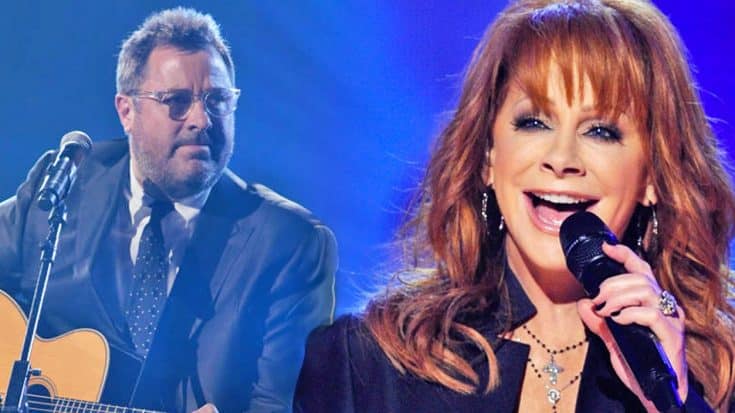 When you get Reba McEntire and Vince Gill together, there is bound to be greatness.

So when they recorded “The Heart Won’t Lie” in 1993 all eyes were on the duo. Rumor has it, McEntire was originally supposed to record the song with Kenny Rogers, but when those plans fell through she asked to record with Gill. Initially he was on backup vocals until they decided the song would make a better duet.

From there, “The Heart Won’t Lie” reached the top spot on the Billboard Hot Country Songs chart, and fans fell in love with the harmonies of McEntire and Gill. Shortly after the songs success, the pair performed the duet at the ACM Awards, and again in 1994 at Country Jam.

Gill and McEntire also made a guest appearance on the television series, Evening Shade. They played themselves, surprising the cast members with an intimate performance of their hit song. Perhaps a prelude to McEnitre’s own TV series years later? Maybe so!

Below are a couple of their best performances of “The Heart Won’t Lie”, including the TV show broadcast!