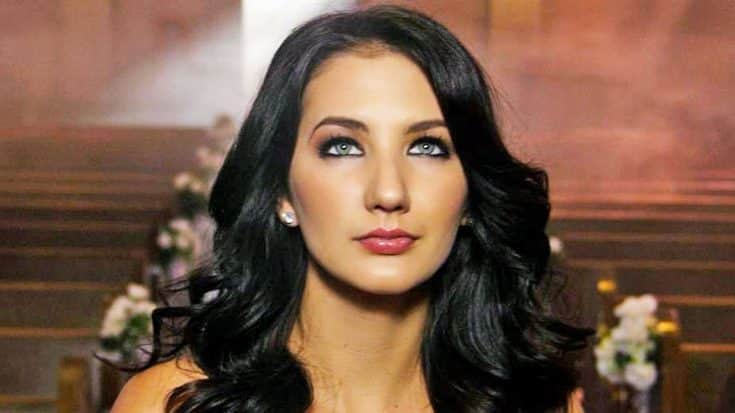 All four of Katie Armiger’s albums, including songs such as “Best Song Ever” and “Better in a Black Dress” have been released under the record company Cold River Records. But this summer, Armiger and her record label had a messy, public falling out, which caused Armiger to shelve her plans to release a new album in 2015.

In June 2015, Cold River Records president Pete O’Heeron released a statement to Country Aircheck explaining that after eight years with the company, Armiger made the decision to take a break:

“Katie Armiger has decided to take a breather and decide her next career aspirations…It has been the thrill of a lifetime to work with her and watch her blossom into one of the best singer-songwriters of her generation. Katie is a special talent and an even better person. As a label, we love her and support her decision and we will always be her biggest fans…”

But later that day, Armiger took to Instagram to release her own statement, claiming that everything O’Heeron said was false. “‘A breather? Quit country music? Leave my career behind?’ Not my words, and certainly not my intention.“

Armiger also pointed out that she had been locked out of her Twitter and Facebook accounts at the time, but said she planned to make an official statement soon. Finally, on Wednesday (Jan. 27), Armiger released her statement, revealing that Cold River Records filed suit against her. But as Armiger explains, her statement in response to the suit “speaks for itself.”

“My label had expectations for how I should behave to get ahead—particularly how I should interact with influential men in the industry,” she says. “I just wasn’t willing to take that approach. I wanted to make it with integrity and I still do.“

Cold River Records and O’Heeron came back with a statement of their own, saying that everything Armiger claimed is false:

“Cold River is saddened and disappointed to learn of Katie Armiger’s malicious and completely false statements against the label…Certainly, Ms. Armiger never made these false and malicious claims when Cold River was pouring a tremendous amount of money into promoting her career. It appears that Ms. Armiger is simply attempting to use these false claims to get out of her contracts and to gain publicity for her career, at Cold River’s expense….Cold River looks forward to clearing its name in court and, when that day comes, hopes that Ms. Armiger will be as vigorous in apologizing to the label as she was in smearing its name.”

Despite the legal battle Armiger has to face, she is hopeful for the future, and has plans for a new project coming up.

We hope everything sorts itself out so Armiger can get back to making new music! You can listen to one of her hit songs, “Better in a Black Dress” below.