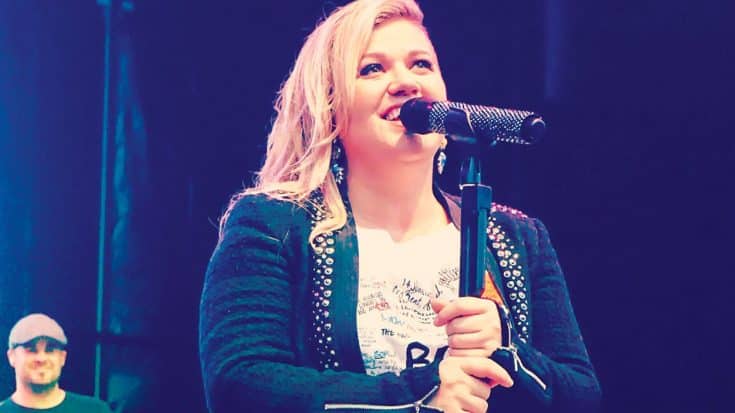 Just a short time after Kelly Clarkson opened up about the all-day sickness she’s been experiencing during her second pregnancy, the singer revealed on social media that things are looking up.

Clarkson, the very first winner of American Idol, is expected to give birth sometime this spring to a bouncing baby boy. She admitted in her interview that she’s been dealing with a lot during this pregnancy.

“I’m familiar with all-day sickness. I have to get IVs and fluids because I get so dehydrated. It’s really bad.”

And since this wasn’t her first time being pregnant, it unfortunately wasn’t her first time dealing with the same kind of sickness. While carrying her daughter, River Rose, she told Ellen Degeneres, “I vomit a good dozen times a day. It’s like, bad. I vomited before coming out here. I’m not even kidding. It’s bad.”

Now that she’s nearing the end of her pregnancy, the singer responds to a good-hearted fans well wishes and question via Twitter.

@vickyweaver7 better but really looking forward to holding him in my arms.

We are so glad to hear that Kelly is feeling much better and hopefully not required to have IVs nearby!

Check out her special behind-the-scenes video from her hit single “Piece By Piece” below! (Featuring adorable River Rose)