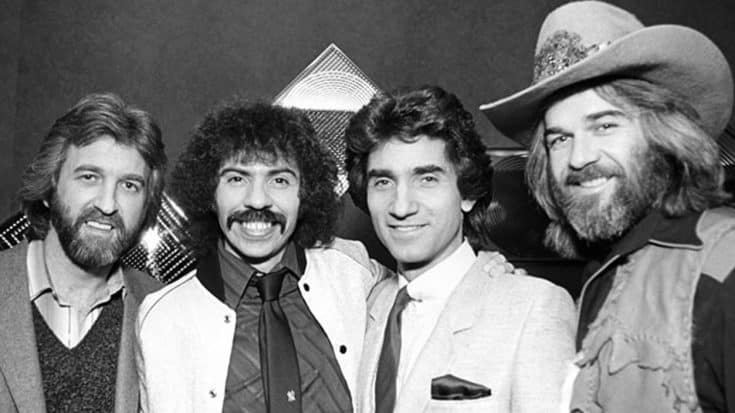 This is the news we’ve been waiting to hear!

For the past 40 years The Oak Ridge Boys have performed over 150 dates a year, and that’s not ending any time soon…

On Jan. 27, the “American Made” country group announced they would be embarking on their newest tour. Throughout 2016 the group plans to visit as many cities as possible across the USA. From Virginia to California, back to Louisiana and around again, the Oak Ridge Boys are taking over!

Since the 1950s, The Oak Ridge Boys have been dazzling us with their musical talent. With a string of number 1 hit songs like, “Elvira,” “Leaving Louisiana In The Broad Daylight,” “Little Things” and so many more, The Oak Ridge Boys are easily considered some of country music’s greatest musicians.

In October of 2015, The Oak Ridge Boys were inducted into the Country Music Hall of Fame. A well-deserved honor, we have to say!

The group’s biggest hits are without a doubt, “Elvira,” and “Bobbie Sue.” In 1981, the group released “Elvira,” a song that would quickly become a signature tune as it topped charts across the globe. Watch a live performance of the song below.

Just a short year later, The Oak Ridge Boys released “Bobbie Sue,” another song that furthered them towards superstar status. Watch it below.

Over the course of their career, the Oak Ridge Boys have achieved more than most. By winning multiple Grammy Awards, CMA Awards and ACM Awards, their music has spanned over generations, and their legacy will never be forgotten.

We can’t wait to see what their 2016 tour brings. Click here to see tour details.