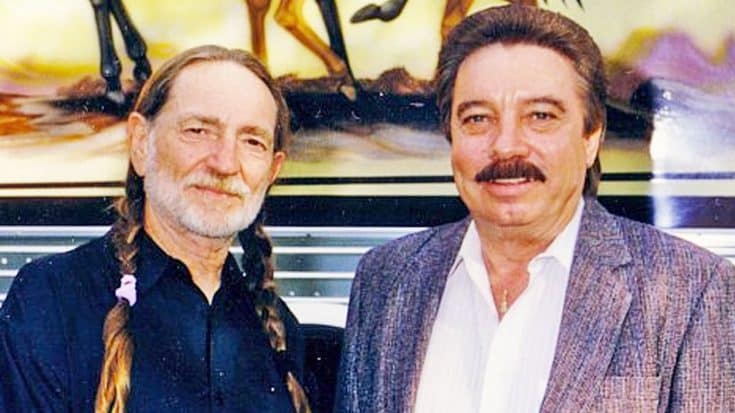 Curtis Potter, a country music singer and record label founder, has passed away at 75.

According to Potter’s official website, the singer passed away at the Hendrick Medical Center in Abilene, Texas on January 23, 2016 after suffering a short illness. Heart of Texas Records president Tracy Pitcox spoke about Potter, saying he stayed dedicated to performing until he became ill.

“Curtis had been battling congestive heart failure and pneumonia during the last week. Before becoming ill, he was actively performing, booking dates and getting ready to return to the recording studio.”

Potter kicked off his musical career at a young age, starting his own radio and TV show at 16. In 1959, Potter joined the Hank Thompson organization and was invited by Thompson to front his band, the Brazos Valley Band and play bass for them as well.

Throughout his recording career, Potter had many popular songs, including two singles that made their way onto the charts “Fraulein” and “San Antonio Medley.”

Potter went on to further his career in 1984 by helping to form Step One Records in Nashville, which went on to become country music’s largest independent label. Some notable artists that have released records with the label include Gene Watson, Ray Price, and Potter himself.

In 1995, Potter was featured as a guest vocalist on Willie Nelson‘s album, Six Hours at the Pedernales, which was released for Step One Records. The most recognizable song featuring Potter on the album is “Turn Me Loose and Let Me Swing.”

Potter and Nelson collaborated yet again on Potter’s last album, Songs of the Cherokee Cowboy, which was dedicated to Potter’s idol and Step One Records artist, Ray Price. Nelson sang a duet along with Potter on the album’s title track.

In 2006, Potter underwent heart surgery, but had gone back to performing on a regular basis until he became ill this month.

You can listen to Potter’s duet with Nelson on “Songs of the Cherokee Cowboy” in the video below.

Our thoughts and prayers go out to Potter’s family and loved ones during this time. May he rest in peace.