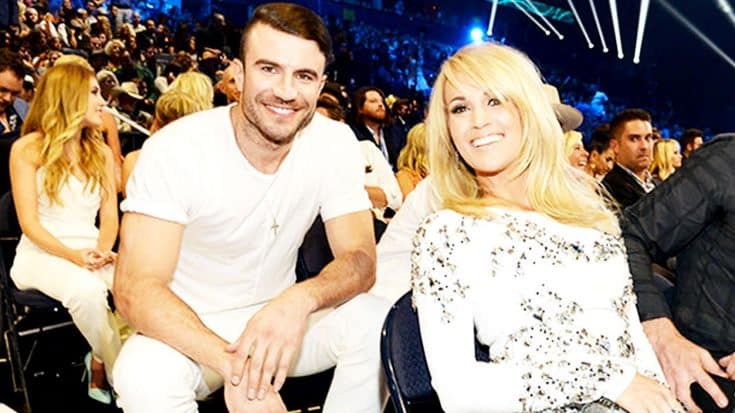 One Grammy-winning country star and a newly-nominated country star will join forces during a performance of epic proportions on February 15th, 2016 as part of what could be the best Grammy Awards ceremony yet!

Carrie Underwood has received a nomination for Best Country Solo Performance from her stunning single, “Little Toy Guns”. Previously, Underwood has taken home seven other Grammy Awards since 2007 and been nominated for five other Grammys. This year, along with her nomination, the blonde vocal powerhouse will take the stage with a new country star by her side.

Sam Hunt will be joining Underwood up on the famed Grammy stage for a night that will surely bring excitement and pride to country music. Nominated for Best New Artist and Best Country Album, Hunt is definitely an artist everyone has been watching since he came on the scene with his debut album, Montevallo in October 2014.

Combining these two hitmakers’ talents in one performance has already proved to be a phenomenal success with their work on Underwood’s “Heartbeat”, where Hunt provided the backing vocals and sent the track skyrocketing to the top of the charts.

While these two superstars will be taking the stage together for an amazing duet, there has been no confirmation as to what they will be performing. In recent weeks, country colleagues Little Big Town were announced as one of the night’s performances and the show will feature a special tribute to Lionel Richie as 2016 MusiCares Person Of The Year.

We can’t wait to hear what these two have in store for the live award show, and we are sure it’s gonna blow everyone away!

The 58th Grammy Awards will air live from the Staples Center in Los Angeles, California on Sunday, February 15th beginning at 8:00 p.m. eastern time on CBS.

Check out a fan-made mashup of hits from these two artists in the video below!