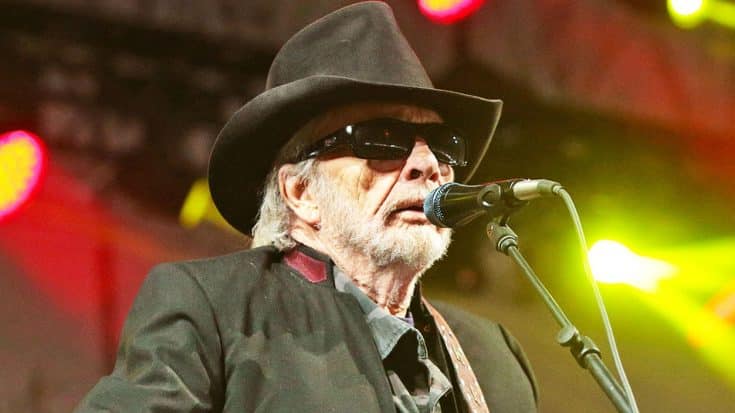 On Wednesday (Jan. 27), it was announced that Merle Haggard was forced to cancel a show at the Inn of the Mountain Gods in New Mexico on January 30 due to health issues.

In December 2015, Merle had to reschedule the remainder of his concerts for the year after he came down with a case of double pneumonia. Apparently, the pneumonia was so bad that Merle told Sirius XM channel “Willie’s Roadhouse” that he “was nearly dead.”

Merle rescheduled his postponed December tour dates for February, and had an extensive touring schedule lined up, including the now-canceled show at the Inn of the Mountain Gods. When fans heard the news about his recently canceled show, they were understandably concerned, and anxious for an update on his health.

On Thursday (Jan. 28), Merle’s youngest son, Ben Haggard shared an update about his father on Twitter. As it turns out, Merle never fully recovered from his case of double pneumonia, and is experiencing ongoing health issues as a result.

Ben provided the update in response to a fan of Merle’s, who had purchased tickets to the canceled show and was wondering why it was canceled. Later, Ben went on to explain that Merle isn’t sick again, but rather just recovering from the same case of double pneumonia he had in December.

We’ll be sure to let you know if Ben or anyone else releases a more extensive update on Merle’s health.

We’re sad to hear that Merle isn’t feeling well, and pray for his quick recovery so that he can get back to touring and putting on awesome performances. One such performance of his was in 2009, when he sang “Okie From Muskogee” along with his good pal, Willie Nelson.