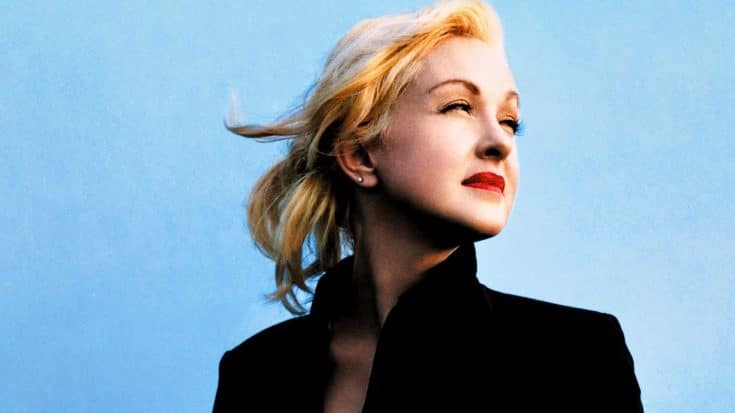 Leading the ’80s charts with “Girls Just Want To Have Fun” and “Time After Time”, Cyndi Lauper was a worldwide pop star with a following that resembled an army. But before all the glam, fame, and pop music was a different version of Lauper. She was the lead singer in a small band called Blue Angel that Rolling Stone says “brought a distinct rockabilly flavor to the Eighties New Wave.”

Now, Lauper is returning to her roots with a song from her new album that sounds distinctly classic. “Heartaches By The Number” is the fifth track from her upcoming country album, Detour, that’s scheduled to debut on May 6th 2016.

The album contains many covers of classic country songs like Ray Price‘s “Heartaches By The Number” and features country staples like Emmylou Harris, Willie Nelson, Vince Gill, and Alison Krauss.

Working with famed producer Tony Brown (known for his work on all of George Strait’s albums and with many of Reba’s), Lauper gives her own interpretations of songs like “Walkin’ After Midnight”, “I Fall To Pieces”, “Hard Candy Christmas”, and “Night Life”.

Remembering the time when she was first touched by country music, Lauper recalls, “My aunt had country and western on her little black and silver transistor radio that was above the refrigerator in her kitchen, her yellow refrigerator. I thought it was quite interesting to think you were going forward, but really you’re circling back again.“

Taking a listen to her version of “Heartaches By The Number” will definitely show the singer’s roots and make you wonder why she didn’t start off with country music!

Check out the full song in the video below and let us know what y’all think in the comments!