Johnny Cash Once Called The FBI Over Horrifying Threat 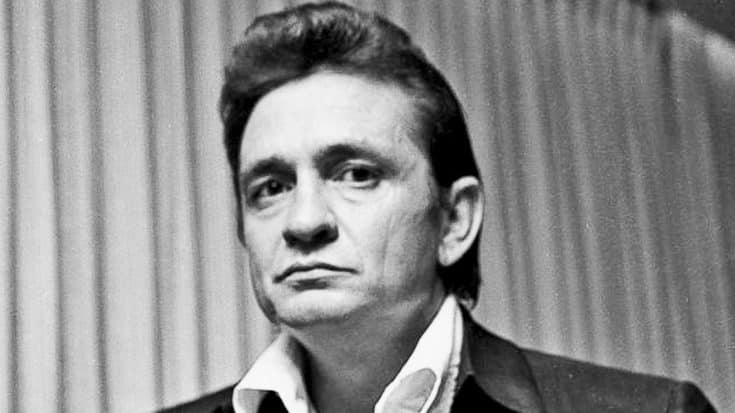 It’s hard to believe that Johnny Cash was ever scared of anything, but in 1979 he received one unusual, threatening letter that frightened him so much that he decided to call the FBI.

As originally reported by Muckrock on January 25, Cash received many threatening letters over the years, but one stands out from all the rest.

In May 1979, Cash’s manager received a letter addressed to the singer with no return address listed on the envelope. In the letter, the author claimed to be a former boyfriend of one of Cash’s daughters, but he never names who.

“Merry Xmas and best wishes for you and your family, including your daughter,” the author wrote. “And, lots of luck with finding someone else to help support her for a while.”

The letter also mentioned that Cash’s daughter was “going to get a big surprise for Xmas this year,” and that “I wanted to make sure she won’t ever forget Xmas 1978 or me.”

Of course, the author sent the letter in the summer of 1979, so Christmas 1978 had already passed. Still, the way the letter read made it sound like he planned to cause harm Cash or his daughter.

The author later seemed to imply harm to Cash and/or his daughter yet again by talking about the Egyptian pharaoh, Cleopatra. The author noted that Cleopatra did wrong to her lover and Roman General, Mark Anthony, and explained how Anthony got back at her. “He sent her some poisonous vipers. In those days, the postage on a few poisenous [sic] vipers was cheaper than it was on the whole Roman Army.”

But things got really strange when the author used computer code to threaten Cash, including a printout wishing the Cash family Merry Christmas over and over again, 55 times total.

In an even more frightening turn, the author mentioned that the letter was one of 1200 letters he sent to Cash, and signed off the note with, “Again, last by not least, if I don’t get my throat cut over this, I never will.”

Cash was understandably concerned, so he contacted the FBI, who were easily able to track the letter’s author down since he just so happened to include his business card in the letter. The suspect confessed to writing the letter, saying he did so in order to impress his girlfriend.

When it was discovered that the author was known as mental patient and considered to be harmless, Cash decided not to press charges against him.

We can’t blame Cash for going to the FBI about that letter! You can read the full document, along with the FBI’s complete file on Cash here.

What are your thoughts on the threatening letter Cash received in 1979?