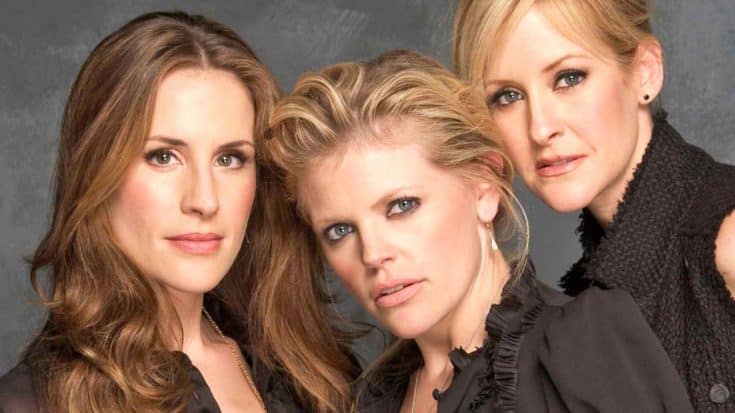 The Dixie Chicks lead singer, Natalie Maines, is not afraid to speak her mind…

Following her very public disapproval for 2016 presidential candidate Ted Cruz via Twitter, Maines has made another public comment.

The Dixie Chicks lead singer made her feelings on Cruz known via social media on Jan. 26 when she posted a photo of a dog urinating on a picture of the politician. Her caption that accompanied the photo read, “You know I’m not a big fan of Ted Cruz, but I gotta say…I’m kind of liking his new facial hair.” See the Tweet below.

You know I’m not a big fan of Ted Cruz, but I gotta say…I’m kind of liking his new facial hair. pic.twitter.com/VIC8JWXNKx

Earlier in the week, Maines published two Tweets regarding the politician. Taking to social media to spread her opinion, Maines made her disapproval of the presidential candidate very clear on Jan. 24.

Her first Tweet read, “Just so you know….I’m ashamed Ted Cruz is from America;)“

Just so you know….I’m ashamed Ted Cruz is from America;) pic.twitter.com/QU39ERnAzN

Moments later she posted a “correction” following Donald Trump’s accusation that Cruz is not a “natural-born citizen,” that read, “I stand corrected…Just so you know, I’m ashamed Ted Cruz claims to be American.“

I stand corrected…Just so you know, I’m ashamed Ted Cruz claims to be American. pic.twitter.com/JUltNImOXH

In 2003, The Dixie Chicks performed at the Shepherd’s Bush Empire Theater in London, England and made headlines when Maines made a bold statement about the current president, George W. Bush. She announced to the crowd,

…we don’t want this war, this violence, and we’re ashamed that the President of the United States is from Texas.

News spread quickly, and President Bush along with the country music industry, were all less than thrilled by the singer’s accusations and opinions.

For over a decade, Maines has stood by her comments, not backing down despite the repercussions of her words.

Below, The Dixie Chicks perform the song they wrote about the controversy, “Not Ready To Make Nice.“