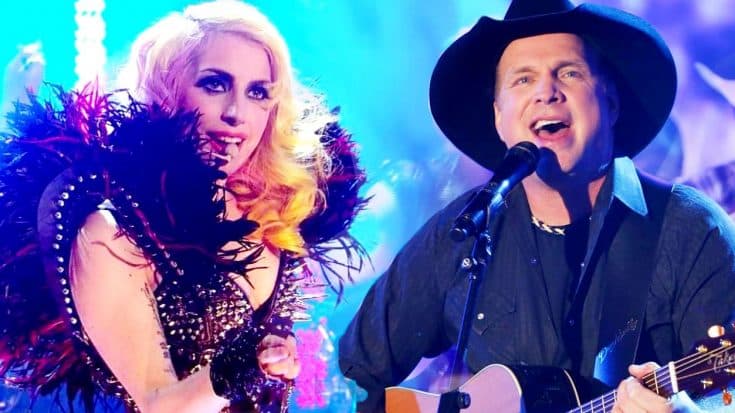 The Grammy-Award winning artist has accomplished many things, but he still has high hopes of collaborating with these superstars!

After 28 years performing and making music, the tenured country superstar has collaborated with many other artists – even legends like George Jones, but Garth Brooks still has a few left on his list and they may surprise you!

Most recently he’s performed a duet of “Friends In Low Places” with Justin Timberlake, and that’s just the beginning of the non-country singers he wants to make music with.

Asked about his dream non-country collaborations, Nashville Gab reports that his first response was the original American Idol winner, Kelly Clarkson, that he’d seen perform with his wife, Trisha Yearwood.

“[She] has no ceiling, whatsoever,” Brooks noted of Clarkson’s unbelievable talent.”She’s very rare. One of those very rare artists [that] I don’t know if I’ve ever heard the top of her range, so it’s amazing.”

Now, THIS will surprise almost everyone who reads this, but Brooks’ reasons are based very much in truth and many people (including us) enjoy her undeniable talent as a musician.

“The person that kills me probably the most right now was actually at the show in Chicago…was Lady Gaga,” Brooks admitted. “It was weird to have her in the audience, knowing that she was in the audience the whole time, because it was a lot of pressure.”

Acknowledging that the pop star is overwhelmingly talented Brooks commented, “She’s a monster. Great entertainer. She could go head-to-head with anybody.”

This young superstar was born into country roots but found her calling in pop music after her lengthy Disney television show. Miley even does some great country covers.

“She’ll try to make you think she’s crazy as she can be, but that little gal is talented as hell,” Brooks revealed. “I sat at soundcheck with her, [the] mic wasn’t on and she was just singing and it was just her. That gal’s got talent coming out of her ears.”

But at the end of the day, Brooks admits that there’s nobody else he’d rather record with than his wife. He says that during a recent recording session, he was so stunned by her talent that he couldn’t sing any longer.

“To hear her do ‘What Are You Doing New Year’s Eve’, is like, ‘Oh my God.’ It was supposed to be a duet. I walked out about 30 seconds into the song. I just walked out of the studio because I knew there wasn’t going to be a duet. I wasn’t about to open my mouth after that, you know?..It was just amazing.”

We wonder if Garth will ever collaborate with any of the people on his list? If we were to guess, we’d say that his first joint effort would be with Kelly Clarkson as she’s already sung many of his songs and performed with his wife on their tour!

Check out Clarkson and Yearwood performing “Walk Away Joe” in the video below!