Luke Bryan Shares His Bucket List, And You’ll Never Guess What’s On It! 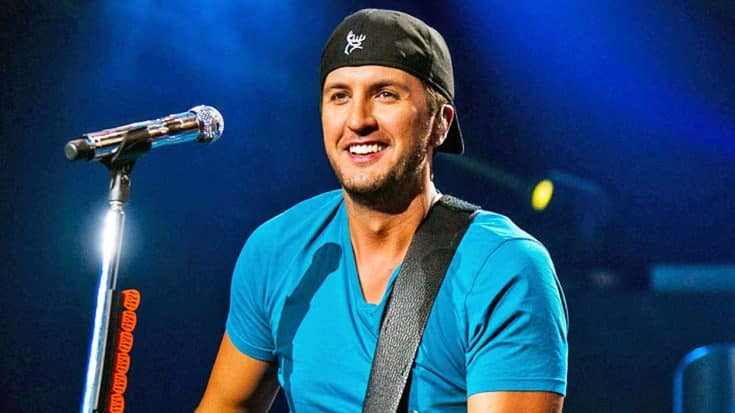 Luke Bryan has accomplished a lot of his personal goals over the course of his career. He’s sold over 7 million albums, been chosen as the Entertainer of the Year at the CMA and ACM awards, and had the chance to perform in Times Square for New Year’s Eve.

With so many accomplishments already under his belt, it would seem like Bryan doesn’t have anything left on his bucket list. But as he revealed to CMT‘s Cody Alan during at interview at his recent Crash My Playa festival, he’s still chasing a few big dreams.

When Alan asked Bryan about his bucket list, after thinking for a while Bryan revealed that one of the main things on his list includes getting a smooch from a certain blond country singer.

“Dolly Parton giving me a kiss,” Bryan said, laughing before making sure to add, “on the cheek.”

Besides getting a kiss from Parton, Bryan says one of his other dreams is to perform during the nation’s biggest sporting event of the year.

“I thought it’d be cool to be affiliated with some Super Bowl stuff down the road, doing something at the halftime show,” he said.

That dream may not be too far away for Bryan. Although this year’s Super Bowl half time show has Coldplay, Beyonce, and Bruno Mars scheduled as performers, Bryan could be a likely candidate for next year’s show. He already knows what it’s like to perform during halftime for a pro football game, playing a few songs at the Dallas Cowboys and Carolina Panthers game on Thanksgiving in 2015.

Other than those few things, Bryan says that he wants to continue playing shows and going on tour every year.

You can listen to Bryan’s full interview with Alan below, in which he also talks about the recent snowfall in Nashville and his upcoming ACM Award co-hosting duties with Dierks Bentley.

What do you think of the items on Bryan’s bucket list?