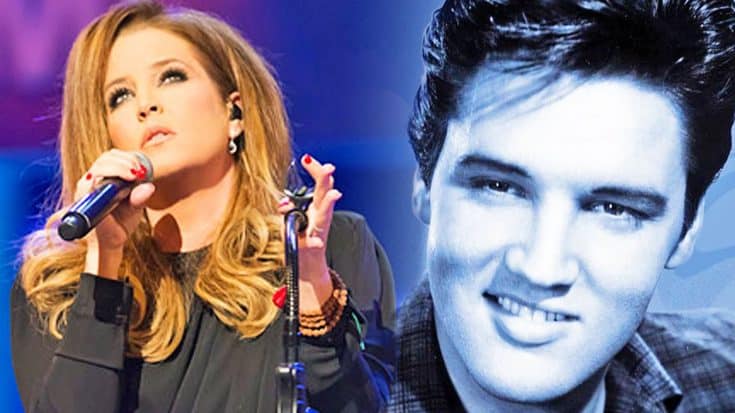 Lisa Marie Presley may have only been nine years old when her father passed away, but she’s spent much of her life making sure his legacy lives on, both through her memories and music.

As the only child of Elvis and Priscilla Presley, Lisa Marie was born on February 1, 1968 in Memphis, Tennessee. Following her parents’ divorce, Lisa Marie lived with Priscilla throughout her childhood.

When Elvis passed away in 1977, Lisa Marie became joint heir to his Graceland estate along with her grandfather and great-grandmother. But after they both passed away she became his sole heir, inheriting his $100 million dollar estate on her 25th birthday.

To this day, Lisa Marie remains involved with Graceland, and allows the mansion and her father’s personal items to be on display for tours. In February 2012, she launched a new exhibit at Graceland called “Elvis…Through His Daughter’s Eyes,” which portrays her experiences growing up with Elvis as her father. The items in the exhibit include movies, toys, and other rare momentos.

“He was very protective, very adoring, and very watchful. I knew that I was loved, there’s no question about that,” Lisa Marie said of her father in one interview.

Lisa Marie also said that Elvis and her were always getting into mischief. In another interview, she recalled how Elvis had bought her a pony and let it in the house one day, thinking it was hysterical.

Although Lisa Marie enjoys talking about her father, she’d rather focus on the happy memories as opposed to the sad ones. Still, in one interview Lisa Marie gathered the courage to open up about the last time she saw Elvis:

“I don’t like talking about this. It was August sixteenth, at four a.m. I was supposed to be asleep, actually. He found me, you know, ‘go to bed.’ I said ‘okay.’ I think he kissed me goodnight…that was the last time I saw him alive.”

Loosing her father was a heartbreaking experience for Lisa Marie, but she grew up to help him live on through one of the things he loved most…music. Lisa Marie released her debut album To Whom It May Concern in 2003. She has since released two more studio albums, Now What in 2005 and Storm & Grace in 2012.

Lisa Marie has been praised for her unique, raspy voice and own signature style. As a result, she has managed to truly set herself apart in the music industry, just like Elvis did before her.

In 2007, Lisa Marie released her own rendition of her father’s classic song, “In the Ghetto” as a duet with a special guest, Elvis himself. Lisa Marie was able to sing the song along with her father by combining her vocals with his original recording as a virtual duet. Lisa Marie’s raspy voice adds a haunting new element to the song, and the combination of her and Elvis’ vocals are truly mesmerizing.

You can listen to Lisa Marie’s duet of “In the Ghetto” with Elvis below. In addition, you can tune in below to watch a collection of interviews Lisa Marie has given throughout the years about her father.

We’re sure Elvis would be so proud of Lisa Marie!