The Everly Brothers Dazzle With Signature Songs In Vintage Performance 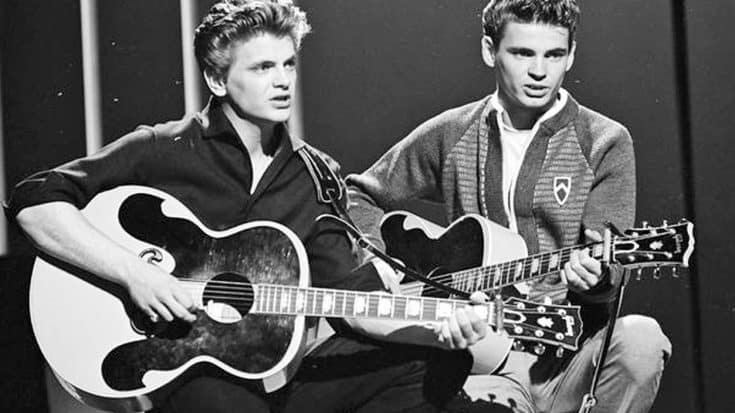 In the early 1950s, brothers Don and Phil joined forces and created what would soon become one of the greatest musical duos of all time, The Everly Brothers.

Posted by The Everly Brothers on Tuesday, 30 October 2018

The country-influenced rock and roll singers were comprised of brothers, Isaac Donald “Don” Everly and Phillip “Phil” Everly. From an early age, the brothers loved music and their parents highly encouraged them to pursue their passion. But before their big rise to fame, the brothers performed as “Little Donnie and Baby Boy Phil.”

In celebration of World Radio Day, here's a photo of "Little Donnie" (age 9) and "Baby Boy Phil" (age 7) with their…

In the vintage clip below, the brother-duo performs two of their best songs, “All I Have To Do Is Dream,” and “Cathy’s Clown” while on their United Kingdom tour in 1960.

“All I Have To Do Is Dream” was released as a single in 1958, with the original recording featuring Chet Atkins on guitar.

The song was arguably the biggest of the duo’s career, and on June 2, 1958, it became the only single to ever top all Billboard single’s charts at once. The cross-over hit, was even an international success, topping the UK Singles Chart for six weeks.

In the video, the duo also sings their first single for Warner Bros., “Cathy’s Clown.” Once again, the song was a hit, selling eight million copies worldwide, and topping the Billboard Hot 100 for five weeks in 1960.

Both songs have left a legacy that will never be forgotten. “Cathy’s Clown” was ranked No. 149 on Rolling Stone‘s The 500 Greatest Songs of All Time, while “All I Have To Do Is Dream” was ranked No. 142 on the same list.

Of course, being one of the greatest duo’s of all time, The Everly Brothers received a well-deserved induction into both the Rock and Roll Hall of Fame in 1986 and the Country Music Hall of Fame in 2001.

Watch the vintage clip below, and let it take you back to the good ole’ days.