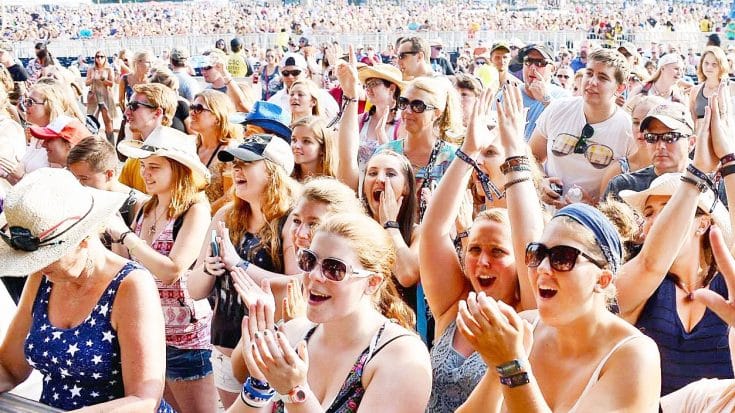 Country music fans received a major shock on Thursday (Jan. 28) when the organizers of the Big Barrel Country Music Festival made the announcement that this year’s festival has been canceled.

In a message posted to the festival’s website the organizers apologized for the cancelation, but didn’t offer any sort of explanation:

We have made the difficult decision to cancel Big Barrel Country Music Festival, due to take place at The Woodlands in Dover, Delaware on June 24-26, 2016.

We sincerely apologize to all the people this decision affects: the fans, artists, industry partners, venue, City of Dover and State of Delaware; all of whom welcomed us with open arms for our inaugural festival in 2015.

The news was certainly a surprise, since many people had already purchased tickets for the festival, which was supposed to take place in Dover, Delaware from June 24-26. This year’s star-studded lineup included major artists such as Brad Paisley, Hank Williams Jr., and Sam Hunt.

As recently as January 18, the festival was advertising travel packages for the weekend. Since making the announcement, the festival’s website appears to have been wiped clean, and its Twitter account has been deleted.

This was meant to be the festival’s second year, and last year’s festival was a major success, drawing in 30,000 country music fans. Last year’s lineup was equally impressive, including artists such as Blake Shelton, Carrie Underwood, and Miranda Lambert. You can watch Miranda’s performance of “Little Red Wagon” at the festival last year in the video below.

Whatever happened, we’re grateful to the Big Barrel Country Music Festival organizers for putting on a great event last year, and hopefully they can resume the festival sometime in the future.