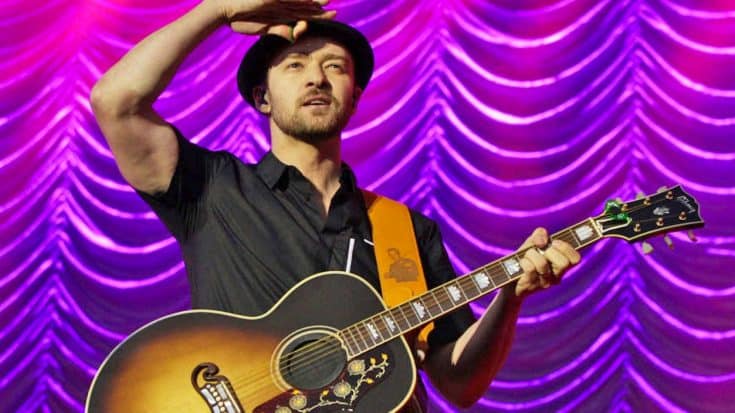 We all saw this coming at the 2015 CMA Awards. Justin Timberlake brought the soul of Memphis to Nashville and it seems to have stuck.

For the first time in his long-running career, Timberlake has made his solo debut on the Billboard Country Airplay chart with his song, “Drink You Away”. You may remember the catchy tune from his performance with Chris Stapleton below.

Every now and again we witness great “moments” in music history. Timberlake and Stapleton’s CMA performance was one of those “moments”. No one can really explain what happened, except greatness. It was a blending of soul and country like never before, furthering country music’s following.

“Drink You Away” was released off of Timberlake’s album The 20/20 Experience. Even though the track is more than two years old, it didn’t gain the recognition it deserved until the 2015 CMA Awards. Stapleton stole the show winning three awards that night, but the duo’s performance was seen as a major highlight.

“Drink You Away” is currently at #60 on the Billboard Country Airplay chart. We’ll see if he can make it to #3, where his previous group, NSYNC landed their cover of Alabama’s ‘God Must Have Spent a Little More Time on You’ in 1997.

Take a look back at the Timberlake/Stapleton performance below. You remember how great it was!