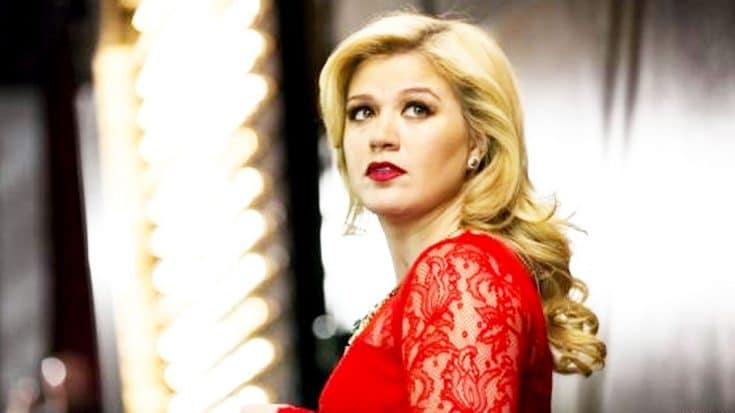 After it was announced that Clarkson would return to the famed Idol stage for their final season, she nearly had to back out…

During her second pregnancy, the original American Idol winner, Kelly Clarkson, has been extremely ill and even had to be on a constant fluid drip. During an interview, she revealed that it wasn’t her first rodeo.

“I’m familiar with all-day sickness. I have to get IVs and fluids because I get so dehydrated. It’s really bad.”

She also went through many harrowing bouts of illness with her first baby, River Rose and even said that she was regularly vomiting every day.

Now that her pregnancy sickness has gotten worse with the second one, she opened up about how her doctors forced her to make a very difficult decision about her upcoming return to American Idol.

“I was going to do the Grammys and Idol, and then my doctor was kind of like, I just have such hard pregnancies, flying back and forth to L.A., like if they were closer together, I would’ve done both, but I had to kind of choose one, and I obviously chose Idol because it’s ending and I was the original winner so it’d kinda be weird if I wasn’t there. I was pretty bummed I’m gonna miss the Grammys this year.”

Whew! That was a close call for Clarkson! The superstar is lucky the doctors didn’t forbid her from going to either performance.

We all can’t wait to meet her bouncing baby boy in the near weeks, but we want everything to be safe and healthy for them both!

Clarkson will return to ‘Idol’ on February 25th as part of the shows 15th and final season. We can’t wait to see her on the show that brought her into so many of our hearts and we are glad she can make it!

Listen to the full interview with Mix 96.6 Houston below!