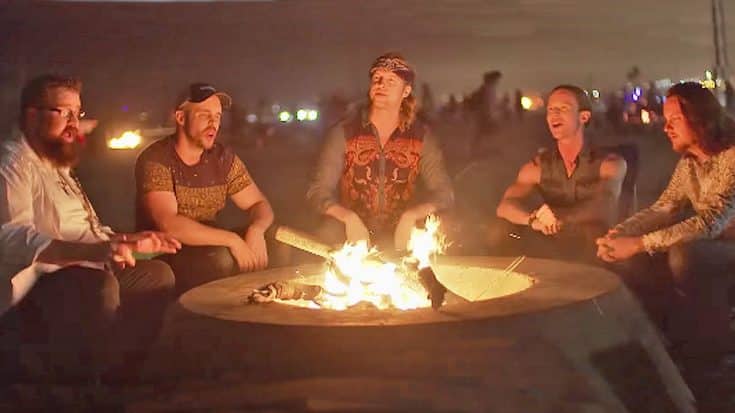 “California Country” was co-written by lead singer Austin Brown and the music video was filmed in some of Los Angeles’ most recognizable spots including the stars on Hollywood Blvd, the Santa Monica Pier, the Hollywood sign, LA Country Museum of Contemporary Art, Griffith Observatory, and Grauman’s Chinese Theater.

The guys of Home Free enjoy the sunshine at the beach, but not before removing their cowboy boots! They bring the country to California, that’s for sure!

The song has a classic country feel with a modern twist, and y’all will be tapping your toe to the beat in no time.

Hear the song below!