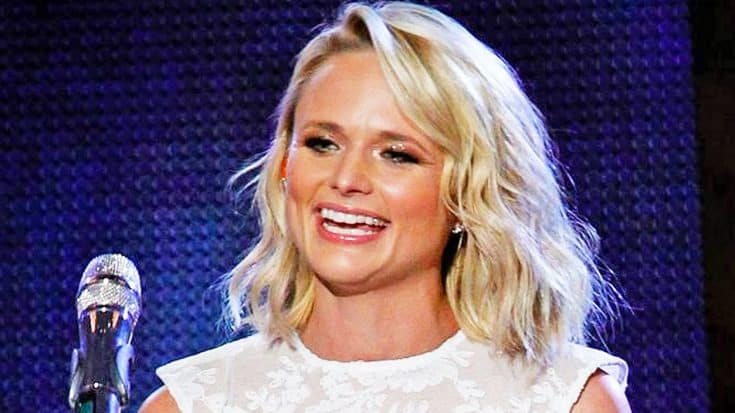 Miranda Lambert is certainly proud of her new boyfriend, Anderson East, and she posted a message to Facebook to prove it.

Lambert officially confirmed her relationship with East on January 1 by posting a picture of the two of them snuggled up in each other’s arms to Instagram. Rumors about a relationship between Lambert and the Nashville-based rhythm and blues/pop singer had been soaring for some time before Lambert finally announced the relationship.

Lambert has kept busy since announcing her new relationship with East. She recently wrote and recorded a new song called “Sweet By and By” for producer Dave Cobb’s upcoming compilation album called Southern Family. Lambert is not the only Southern country artist to be included, Chris Stapleton, Zac Brown, and others will share their own tracks on the album.

It turns out that Lambert’s new sweetheart is also a Southern boy, and was born in Athens, Alabama. While there are many country artists featured on Southern Family, there are some non-country performers as well, including East.

East’s song on the album is called “Learning,” and was first released on Friday (Jan. 29). Lambert took to Facebook to show her support for her man, promoting his music to all of her fans.

Lambert kept her caption short, including the hashtags “#whatasong #whatasinger.”

We’re sure Lambert is excited for the world to hear her boyfriend’s new song!

You can listen to East’s track on Southern Family, called “Learning” below. While you’re at it, enjoy listening to Lambert’s song on the album, “Sweet By and By.”

If you’re anxious to listen to the rest of the album, mark your calendars, because Southern Family will be released on March 18!