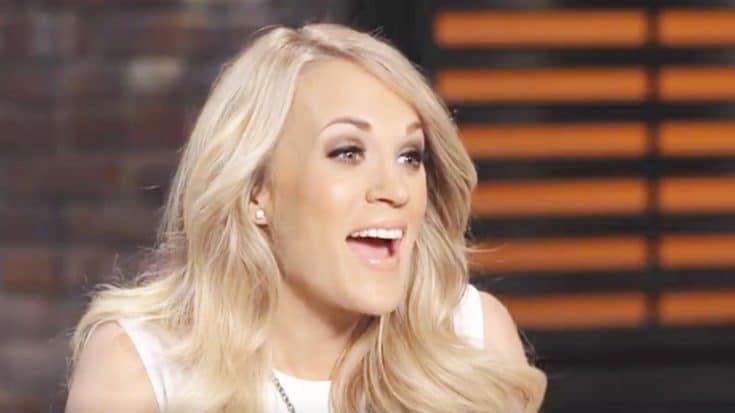 In an upcoming interview with CMT, the country star reveals that things were way more confusing than they seem to the outside world.

Carrie Underwood has been in the spotlight since her debut performance on the fourth season of American Idol and was awarded a singing contract when she took home the grand prize in 2005.

She definitely put that prize to good use and has become a worldwide star due to her incredible vocal talent and powerful music.

Her second single, and her first No. 1 hit, “Jesus Take The Wheel” also was her very first music video to be released.

During an interview with CMT, she admits that she was lost on stage and didn’t know what she was doing when she was filming it.

“I had never made a video before!” Underwood exclaimed. “And I’m like, ‘I don’t know what I’m doing…somebody help me, somebody tell me. Am I singing? Do I sing?‘”

The singer’s personality comes out full force in this clip and it’s hilarious. We are certain that’s exactly how any of us would feel on our first video shoot too!

Check out the country star’s interview clip and full music video below!

Carrie Underwood reminisces about her debut video shoot. Sneak below, and catch up with her Saturday at 9a/8c on #CMThot20.