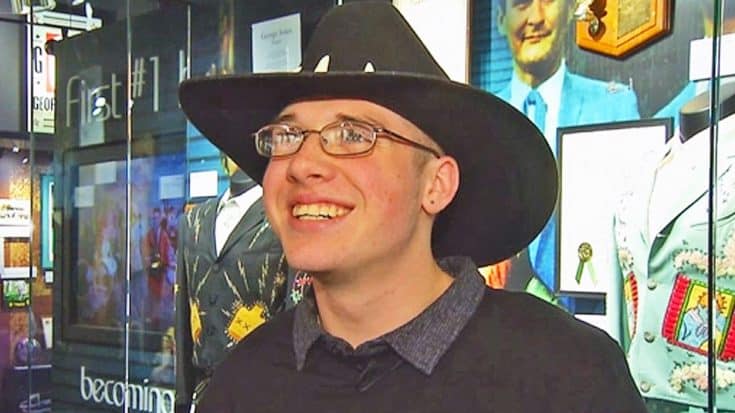 It is any true country fan’s dream to visit the country music capital of the world, Nashville, Tennessee. One particular country fan named Christian Jackson has always dreamed of visiting “Music City,” but never thought he would be able to.

Jackson’s life has been a challenge from the start, because he was born with cerebral palsy. According to the Mayo Clinic and other sources, cerebral palsy is “a congenital disorder of movement, muscle tone, or posture.“

Life has been a hard battle for Jackson, which made his dream of going to Nashville seem like it could never be anything more than a dream. But Jackson got the opportunity to make his dream come true through the Kids Wish Network, which “is an international charitable organization dedicated to infusing hope, creating happy memories, and improving the quality of life for children having experienced life-altering situations.”

Thanks to the Kids Wish Network, Jackson and his family got to travel from where they live in North Carolina to visit Nashville for a few days. Since arriving in the city on Thursday (Jan. 28) Jackson has already attended a concert and also toured the famous George Jones Museum.

As hard as it may be to believe, Jackson says the trip is even better than having the chance to meet George Strait, simply because he gets to see and do so much more.

“I know that sounds crazy, but they gave us a list of things to do,” says Jackson. “There’s more to do here because I would have met George Strait and it would have been meet, eat and leave.“

Jackson will wrap up his visit in Nashville and return home on Saturday (Jan. 29), and we’re sure it will be an experience he’ll never forget.

You can watch Nashville News 2‘s segment about Jackson and his visit in the video below.

Just look at the smile on his face! You can tell that Jackson is having the time of his life!