By Manly Bryant on February 1, 2016
Advertisement 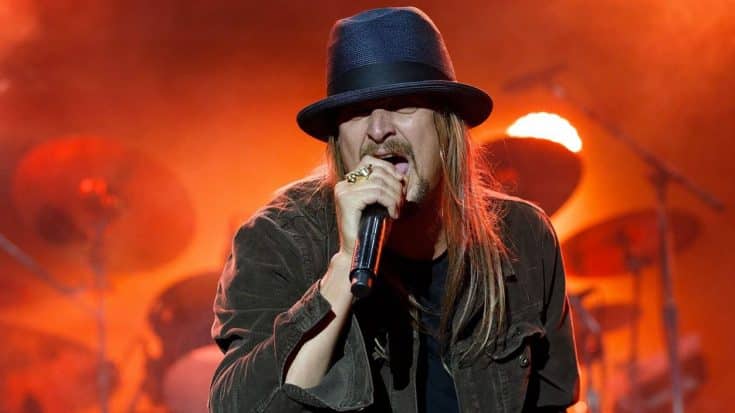 The Southern-rock superstar has made a decision on who he wants to see in office.

Kid Rock, a Detroit-born singer, songwriter, and musician who previously threw his support behind Mitt Romney and Paul Ryan in the 2012 election, has now picked a Republican nominee for the upcoming race.

Known as one of the strongest right-wing voices in the music industry, he reveals to Rolling Stone that he’s not a fan of extremes.

“I don’t like the hardcore views on either side and I’m not in bed with anybody. I’d probably be more libertarian, but I’m a firm believer you have to pick a side. I can’t be playing the middle.”

The award-winning superstar and American activist has recently declared support for one of the most controversial candidates in recent history. (Please be aware some of the speech quoted contains expletives and strong language.)

“I’m digging Trump. I feel like a lot of people, whether you’re a Democrat or a Republican, feel like if you get Hillary or Bernie, or you get Rubio or Cruz or whoever, there’s going to be the same s***,” he revealed.

Beyond that, Kid Rock expresses his utmost discontent, saying how there haven’t been presidents in years past that have actually made noteworthy changes.

“Has that much f****** changed when anyone’s in office, whether it’s been a Republican or a Democrat in office, in our lifetime, anyway? I haven’t really seen this big, like, f****** change. Obviously some people f***** up.”

But in true Kid Rock fashion, the singer summarizes his stance on the candidates to really get to the heart of why he is picking Trump.

“My feeling: let the motherf******* business guy run it like a f****** business. And his campaign has been entertaining as s***,” the 45-year-old recording artist said. “Let the business guy in there. It’s not really working too well running it not like a business. I mean, what business f****** survives when they’re f******* broke?”

He’s obviously got some strong points and is very pointed with his cause for supporting the 2016 candidate.

What do y’all think of Kid Rock’s views on the upcoming election?

Check out the singer’s hit song, “Warrior” in the video below!