Popular ‘Voice’ Finalist Has Day Named After Him In Hometown 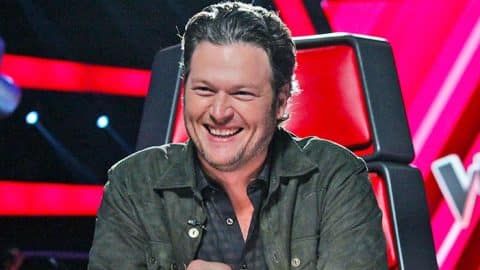 Although he’s been singing for years, the distinct voice and incredible talent of Barrett Baber was basically unknown to the world until he became a contestant on Season 9 of The Voice.

Baber, a school teacher from Fayetteville, Arkansas, captivated audiences with his touching story about his life. As it turns out, Baber is a survivor of the American Airlines Flight 1420 crash in 1999. The experience made Baber realize how fragile time can be, and that’s when he really started to pursue his dreams of becoming a country singer.

For Baber’s blind audition on The Voice, he chose to sing Jeff Healey’s “Angel Eyes,” which prompted all four coaches to turn their chairs and fight to have Baber on their team.

As a country boy, Baber knew that the best coach for him would be Blake Shelton, who ended up taking Baber all the way to the finale.

Baber’s most successful performance was that of Conway Twitty‘s “I’d Just Love to Lay You Down,” while his other covers such as Thomas Rhett‘s “Die a Happy Man” all broke into the Top 50 on the Billboard country charts.

Baber has kept busy performing since he left The Voice, and is set to perform at a series of shows with Rascal Flatts in Las Vegas during February and March. Recently, Baber’s hometown of Fayetteville recognized him for all of his accomplishments, giving him a key to the city and declaring February 2 as “Barrett Baber Day.”

“Barrett Baber has proven to be a man of true character and a fine role model representing Fayetteville and all of Arkansas as well as an entertainer, husband, father, and friend,” reads part of the mayor’s official proclamation.

What a well-deserved honor for such a talented musician!

You can relive one of Baber’s greatest moments on The Voice by watching his performance of “I’d Love to Lay You Down” in the video below.

We can’t wait to see what else the future has in store for Baber!