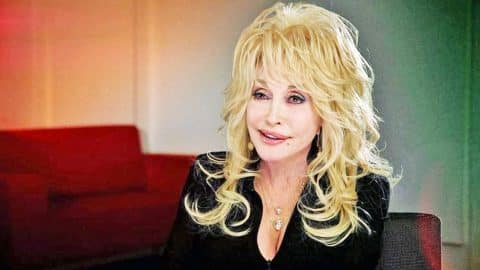 Country music’s legendary blonde bombshell, Dolly Parton, has been releasing music for the last six decades. In her lengthy career, the superstar has garnered a shocking number of accolades, performed amazing charity work, and even became one of the world’s most successful businesswomen.

Nominated for 46 Grammy Awards, Parton has taken home seven, and even was honored with the coveted Grammy Lifetime Achievement Award in 2011. With more than 100 released singles, 42 studio albums, and having sold more than 100 million albums, this 70-year-old star has definitely accomplished many great things in her lifetime.

With her age and truly diverse portfolio of achievement, many have asked when she anticipates retiring. Her answer has stunned many in the music industry.

Recently on the red carpet at the 24th Annual Movieguide Awards, Parton has made her views on retirement very clear to The Mirror.

“I’ve been doing this all my life and I’m excited every day. I still love it,” she admitted. “I’d never retire. I wouldn’t ever know what to do.“

Further declaring her intention on foregoing retirement, she said, “The only thing that would stop me is if I couldn’t go on for health reasons. I hope I never stop.”

Parton’s most recent project – a movie based on her song “Coat Of Many Colors” was released over the 2015 holiday season and attracted over 13 million viewers. She is pushing forward with her film career and was joined on the red carpet by her cast members from the movie.

Watch the stunningly talented Dolly Parton tell the story and perform one of her biggest hits, “I Will Always Love You” in the video below.