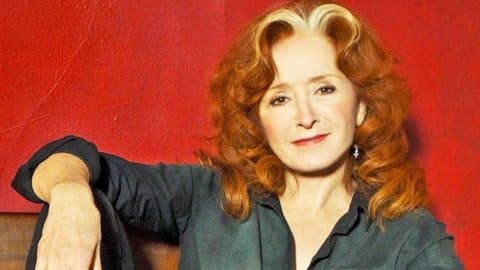 During this intense political season, country music artists and celebrities of all kinds have been stepping out to offer their endorsements for their favorite presidential candidates.

Bonnie Raitt is one of many country stars who has shared her support for a favorite candidate. In comparison to other artists, such as Loretta Lynn and Kid Rock, who have come out in support of Republican presidential candidate Donald Trump, Raitt’s endorsement seems a little unexpected at first.

Rolling Stone reveals that Raitt was one of 128 musical artists to sign a letter of support for Democratic presidential candidate, Bernie Sanders.

The letter read that those who signed it would be supporting, “a new vision for our country… a vision that pushes for a progressive economic agenda… a vision that creates jobs, raises wages, protects the environment, and gets big money out of politics.“

However, those who know about Raitt’s political views shouldn’t be all that surprised to learn about her endorsement of Sanders.

Sanders isn’t the first Democratic candidate that Raitt has shown public support for. In 2008 she performed at several campaign appearances for Democratic presidential candidate John Edwards during the 2008 primary.

Overall, Raitt has been a political activist since the early 1970s. Beyond showing her support for particular politicians, Raitt is actively involved in promoting preservation of the environment and also was a founding member of Musicians United for Safe Energy, which served as the initial push for a larger anti-nuclear power movement.

Whether you agree with Raitt’s political views or not, there’s no arguing that she’s a fantastic singer. Listen to her hit country song from the Urban Cowboy soundtrack “Don’t it Make You Want to Dance” in the clip below.