By Miranda Raye on February 9, 2016
Advertisement 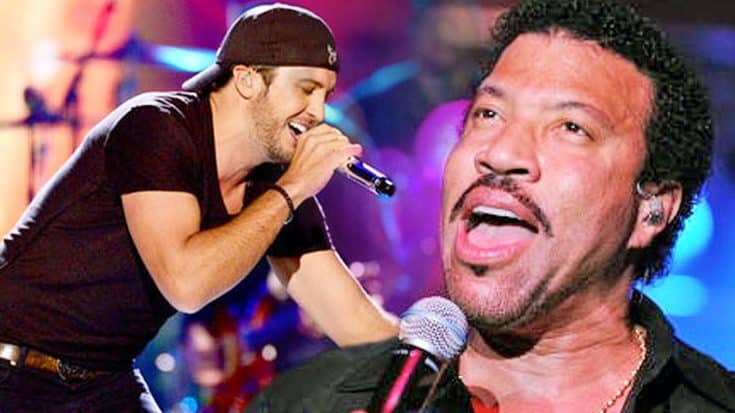 Over the years, Luke Bryan has made it obvious that he is one of Lionel Richie‘s biggest fans. Bryan is famous for delivering countrified versions of other songs at his concerts, and Richie’s “Stuck On You” is one of his favorites to perform.

In 2010, Bryan performed the song along with Jake Owen at the LongHorn All Star Concert, and also performed an impressive rendition of the tune at the Fan Club Party in 2012.

Since Bryan is such a big fan of Richie and his music, it only makes sense that he was recently selected to pay tribute to the iconic singer during the largest music awards show.

On Tuesday (Feb. 9) it was announced that Bryan has been selected to participate in an all-star tribute to Richie during the 2016 Grammy Awards on Monday (Feb. 15). Bryan is set to perform along with Demi Lovato, Meghan Trainor, and John Legend, who will all be honoring Richie as the MusiCares’ person of the year. The group will sing a medley of some of Richie’s classic tunes, and Richie will also take the stage to perform a special version of one of his biggest hits along with them.

Some of the other country artists set to perform at other times during the Grammys include Chris Stapleton, Little Big Town, Carrie Underwood, and Sam Hunt.

Bryan’s tribute to Richie will mark his Grammy debut, and we can’t help but wonder if he’ll chose to perform “Stuck On You,” or if he’ll pick something we’ve never heard him sing before!

Until then, tune in below to watch Bryan’s incredible rendition of “Stuck On You,” which he performed at the Fan Club Party in 2012.

Now that we know Bryan will be performing at the Grammy Awards this year, we really can’t wait to watch!