By Manly Bryant on February 19, 2016
Advertisement 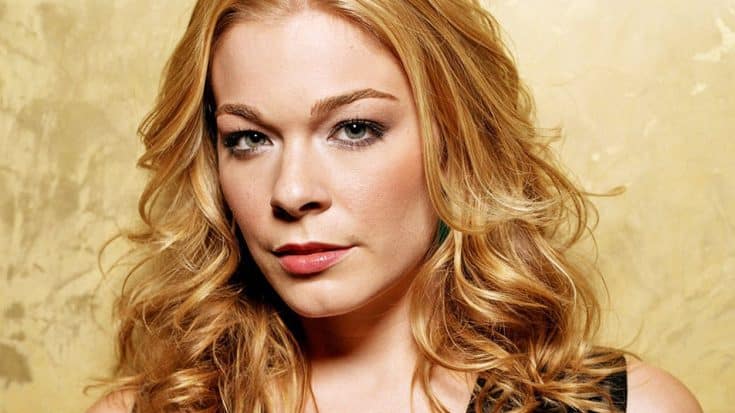 LeAnn Rimes became one of the youngest country stars to cross the airwaves when she made her sensational debut in 1996 with “Blue”. Since then she has climbed both the country and pop charts and become a worldwide fan favorite.

Recently, Rimes has been touring around North America playing various venues and just finished up on her tour supporting her latest holiday album, Today Is Christmas.

Unfortunately, some of her biggest fans won’t get to see the talented songstress grace the stage. In a last-minute announcement, Rimes cancelled her upcoming Canadian concert date, but the reason wasn’t revealed right away.

@leannrimes My bf and I are really sad about your concert postponement that was supposed to happen tonight in Moncton, NB! Why the delay? 🙁

Her February 19th, 2016 date in Moncton, New Brunswick, Canada was cancelled through the venue and ticket holders were advised by the venue’s management that there would be a postponement.

@LivingLifeCG it is rescheduled and people have no idea what I’m dealing with. My fans mean everything to me as you can see

Fortunately, Rimes was able to pull through and confirmed it was going to be re-scheduled and offered a much-needed explanation for her absence.

@CarolynElizabee I am too. I have no voice. I’m on complete voice rest. I’ll be there soon though. Can’t wait

We are sorry to hear that she has fallen ill and it’s affecting her voice. She has even been drinking tea for a while, posting on her Twitter yesterday that she was “drinking hot tea” and told her fans to “have a glass” of wine for her in celebration of National Drink Wine Day.

The concert has been rescheduled for a much later date. Rimes’ fans will get the option to attend the new date and have been offered a full refund if they cannot attend.

We are hoping that LeAnn gets feeling better and rests her vocals before her next scheduled dates in Colorado on February 26th & 27th!

Watch the country star sing her super-hit “I Need You” in the video below!