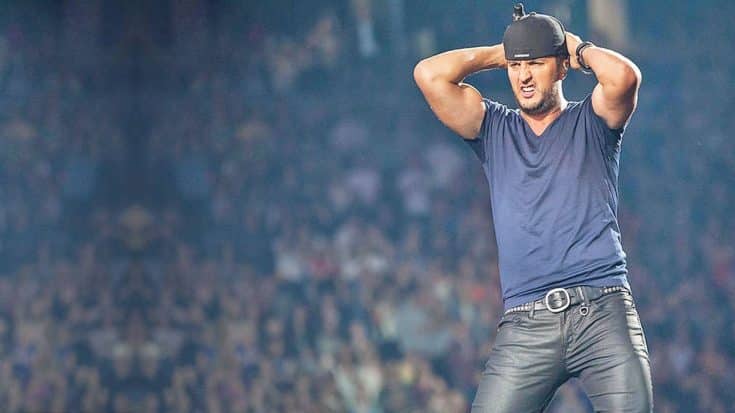 Talk about a grand finale!

While making his way across the country on his “Kill The Lights” tour, country superstar Luke Bryan stopped in Peoria, IL to give a once in a lifetime performance!

Following a nothing-less-than-magical show on Feb. 19, Bryan decided to give the audience a little surprise. The country star wrapped up the show with his “I Don’t Want This Night To End,” (we wouldn’t want the night to end either!) and then suddenly, the stage went black.

What happened next shocked everyone!

Bryan began covering the popular song, “Can’t Feel My Face.” As soon as fans realized that Bryan was singing The Weeknd’s hit song, they began joining in, singing with the superstar.

As an added bonus, Bryan even debuted some new booty-shaking moves that fans could not get enough of. Through the smokey stage, Bryan shook it here, shook it there, shook it everywhere!

The country icon finished the song with a big “I love you!” and went back to lyrics from “I Don’t Want This Night To End.” What a perfect finale!

Check out the awesome performance below.