Celine Dion Breaks Down During First Performance After Husband’s Passing

By Manly Bryant on February 24, 2016
Advertisement 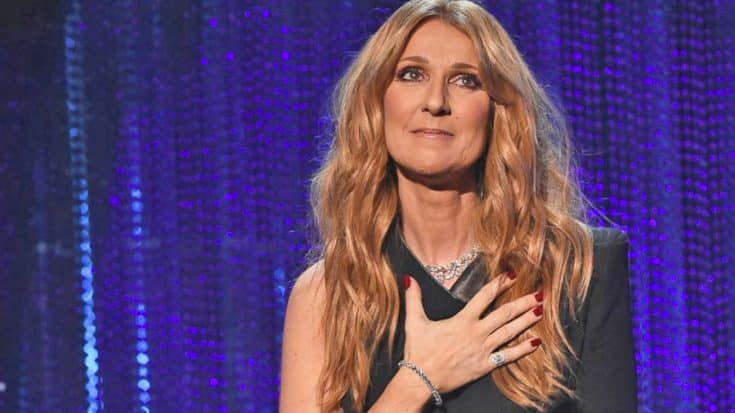 The legendary Celine Dion has returned to the stage for the first time since the passing of her husband, René Angélil on Jan. 14, 2016.

On Tuesday, Feb. 23, Dion returned to Caesars Palace in Las Vegas and kicked off her first performance with a touching tribute to her late husband.

The show opened with Dion’s original announcement to mourners in Montreal immediately following her husband’s death. The words read,

I understood that my career was in a way his masterpiece, his song, his symphony. The idea of leaving it unfinished would have hurt him terribly. I realized that if he ever left us, I would have to continue without him, for him.

The tribute continued with a slideshow of Angélil’s life in photos, followed by a jaw-dropping Dion cover of Barbra Streisand’s “With One More Look At You/Watch Closely Now.”

Dion ended the opening performance as she wiped away tears. She told the crowd,

Through my life I only had eyes for my husband. Who sat out here night after night. People thought I was looking at him actually, but I didn’t need to. Because every time I closed my eyes, I felt him on stage with me… He’s always been on stage with me, and nothing will ever change that.

While getting ready for the big night, Dion posted a touching photo of something very special she keeps in her dressing room. Next to makeup brushes and mirrors, Dion shows a photo she keeps close to her heart, a photo of her with her husband at their happiest. See the Instagram photo below.

Dion’s tribute to her husband was nothing less than magical.

Our hearts go out to her family.

Watch Dion’s tribute to her husband below, and the full opening sequence here.