By Jennifer Pernicano on February 25, 2016
Advertisement 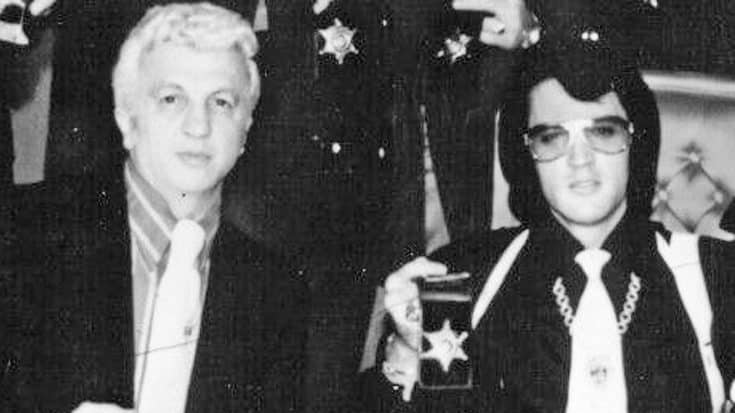 His obituary states that he passed away February 24, 2016.

Known to most as “Dr. Nick“, he served as Presley’s personal doctor for ten years before his death in 1977.

Presley was found unresponsive by his fiancé, Ginger Alden, and taken to Baptist Memorial Hospital, where he ultimately passed away.

Presley’s death was extremely controversial and many placed blame on Dr. Nick for overprescribing drugs.

According to an article in The Guardian, Adam Higginbotham writes, “In 1977 alone, George Nichopoulos wrote Elvis prescriptions for 10,000 doses of uppers, downer and assorted narcotics.“

ABC News reports that after careful consideration and investigation, the Tennessee Board suspended then revoked Dr. Nick’s medical license in 1995. They discovered he over-prescribed addictive drugs to 13 patients including Presley and fellow singer Jerry Lee Lewis.

Although there was controversy surrounding his treatment of Presley, he still served as pallbearer as his funeral. Dr. Nick’s son was Presley’s assistant, often choosing his wardrobe and they both spent most of their time with Presley.

In the years since he lost his license, he and his friend Bobby put on a touring memorabilia exhibition called “Memories of Elvis“. He also worked as Jerry Lee Lewis’ road manager for a short time.

Dr. Nick served in the Army Medical Corps in Germany in the 1940s and earned his MD at Vanderbilt University in 1959.

He is survived by his wife Edna, daughters Christine and Elaine, son Dean, four grandchildren and nine great-grandchildren.

Our prayers are with his family during this difficult time.