By Manly Bryant on February 29, 2016
Advertisement 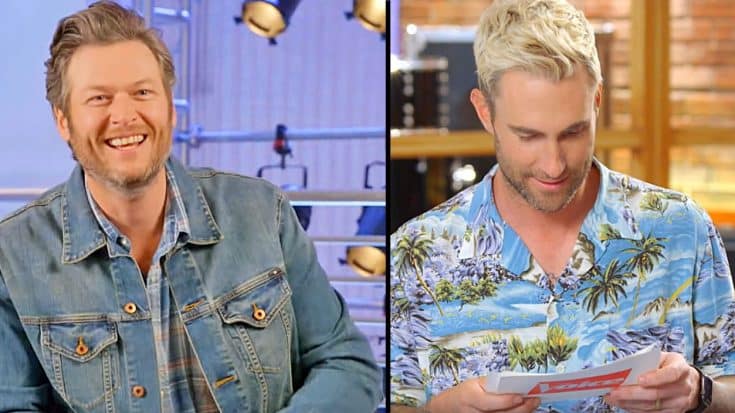 The country star always has something hilarious to say!

With over 15 million Twitter followers, Blake Shelton doesn’t hold back when firing off a Tweet for the world to see. And as NBC’s The Voice prepares for it’s new season, the coaches have come together to read some of Shelton’s most ridiculous Tweets, and it’s hilarious.

The funniest part of all? Most have to do with his bromance buddy, Adam Levine!

In the clip below, each coach reads a Tweet or two of Shelton’s. As they get into character (mostly with a southern accent), the coaches try not to laugh while reading the ridiculous words of Blake Shelton.

Pharrell William’s began the Tweet-reading with an interesting one. He said, “I’m so excited about tonight’s premiere of The Voice I just put tin foil in the microwave and high fived the bathroom mirror. B***..“

Levine then put on his best Shelton voice and through giggles, read, “I wonder what @adamlevine is doing right now… Probably something really stupid. #***weed.“

Christina Aguilera read some good ones too! Of course making fun of Levine again she read,

Hey everybody!! Just checking in to make sure @adamlevine still looks like a Beluga whale… Yep!

And there is more where that came from!

Check out the video below to get a good laugh at Blake Shelton’s Tweets!