By Miranda Raye on February 29, 2016
Advertisement 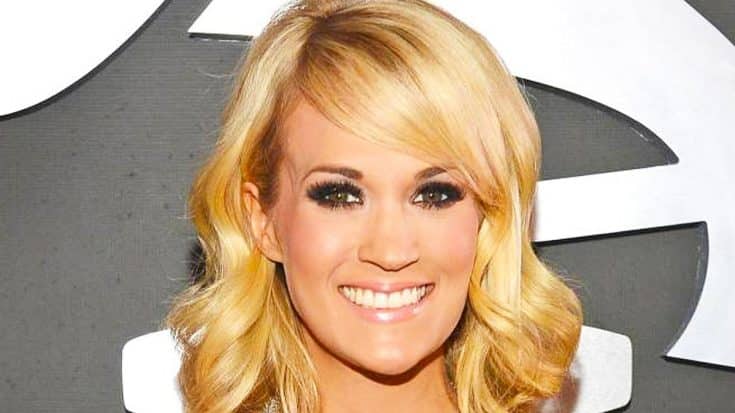 Isaiah Michael Fisher was born on February 27, 2015, and has captured the hearts of country fans around the world thanks to the adorable pictures Underwood shares of her son on social media. Underwood’s baby boy is also one of her favorite topics of conversation, and she couldn’t help but gush about him while she was on the Grammy‘s red carpet.

While being interviewed by American Idol host Ryan Seacrest on the red carpet, Underwood spilled all the details about Isaiah’s birthday bash:

“[We are throwing] a little party, just family and friends, people that are staples in his life – it won’t be anything fancy. I’m like, what do you get a one-year-old for a present? I have no idea so I’ve been on Amazon trying to find presents for him.”

Even though Underwood had a hard time finding a gift for Isaiah, she had no trouble picking out his birthday cake. Following Isaiah’s party, Underwood shared a photo of the adorable culinary creation to her Instagram, which plays off of Isaiah’s last name, “Fisher.”

The round, aqua blue cake was decorated with an ocean scene, complete with seaweed and a giant goldfish on top. A sign sticking out of the cake read “Isaiah is ‘O’Fish’ally One!”

Thanks so much @iveychilders and @iveycakestore for this amazing smash cake you created for Isaiah's first birthday! You guys are so talented!!! #Thebest #birthday #fish

Underwood also shared a photo of another cake that was made for the party, with the same theme as Isaiah’s.

“And here’s the deliciousness that the rest of us got to enjoy!!! Soooo goooood!!!!!” Underwood wrote.

And here's the deliciousness that the rest of us got to enjoy!!! Soooo goooood!!!!! @iveychilders @iveycakestore

We think that Isaiah’s birthday cake looked too cute to eat! Now the only thing we need to see is a photo of Isaiah eating his cake!

Tune in below to listen to Underwood’s song “What I Never Knew I Always Wanted,” in which she sings about her baby boy and how much he means to her.

We hope you had a happy first birthday Isaiah!