Country Singer Opens Up On The Death Of His Newborn Daughter 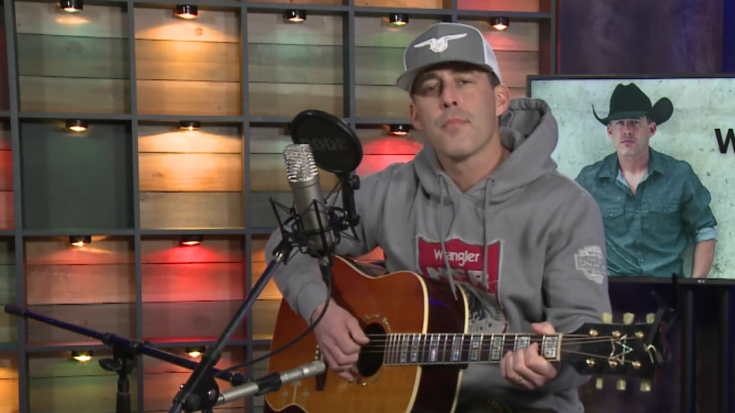 While most everyone experiences heartbreak during their lives, only a few can turn that immense sadness into healing works of art.

Back in 2011, country singer Aaron Watson and his wife Julia lost their baby daughter shortly after she was born. In an interview with PopCulture, the country singer opened up on the difficult time and the deeply personal track the experience inspired, ”Bluebonnets.”

“My wife and I, we lost a little girl, shortly after she was born,” Watson shared in an interview with PopCulture.com. “Her name was Julia Grace. After we lost Julia, it broke my heart, to such extremes, and it made it rough on me, getting up on stage. I felt silly getting up on stage, singing songs to people who were having fun. It took me a while to get over it. But then I realized that this is part of my story; this is part of who I am,” he continues. “Even though we lost her, she’s still my little girl. I felt like I needed to write her a song. And I also felt like I needed to use my heartache to help others get through their heartache. It’s a story about my family. It’s a story about my faith in Jesus. It’s a story of imperfection, but just trusting in God.”

Following the tragedy, Watson was inspired to write ”Bluebonnets” after posing for a photo with his wife and their three children Jake, Jake, and Jolee Kate in the spot where his daughter Julia was buried.

“I wrote that song with no intentions of ever playing it live,” Watson explained, before continuing, “and it is difficult for me to play. It’s tough for me to stay focused on the song, because my emotions start welling up. But as tough as that was, having that little girl for the short moment that we got to have her, has really made me look differently at life. It’s really made me realize how short and sweet life really is, and how we need to make the most of these days that we’re blessed with.”

“Bluebonnets” is on Watson’s 2015 Underdog album. While the deeply personal song didn’t win Watson an award, the country singer shared the biggest award to him was the opportunity to offer up someone going through something hard comfort.