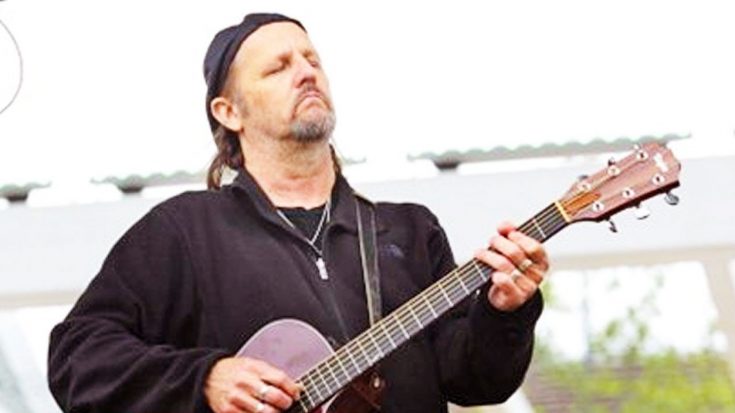 After battling cancer for the past year, Texas singer-songwriter and musician Jimmy LaFave surprised those who attended a tribute concert in his honor on Thursday (May 18). Despite the fact that he was bound to a wheelchair, LaFave entertained his loyal fans with a performance.

“He just didn’t want to quit, because–that’s another part of his ethos–everybody in the pool,” LaFave’s friend Terry Tammadge told an Austin-based news channel.

For most, that performance was the last time they ever saw LaFave. The sad news broke on Monday (May 22) that the 61-year-old had passed away on Sunday (May 21). A statement released by Music Row Records revealed that LaFave passed away at his home in Austin.

LaFave was known for pioneering the style known as Red Dirt music. A blend of genres such as folk, country, blues, and bluegrass, Red Dirt music is extremely popular in LaFave’s home state.

While LaFave drew inspiration from many sources and styles, he was most influenced by famous folk musician Woody Guthrie. LaFave regarded Guthrie as his personal hero, and honored him through a song on one of his albums. He earned the admiration of Guthrie’s family, and was asked by his daughter to perform at the 1996 Rock and Roll Hall of Fame tribute in his honor.

Over the course of his career, LaFave released a total of 15 albums, including the Americana chart-topping Cimarron Manifesto. His last album, Trail 4, was released in 2015.

Speaking to his fans who gathered to watch him perform, LaFave revealed that he was battling terminal cancer. He spoke further about his diagnosis with The Austin Chronicle in April 2017, saying he had “a very rare fast-growing cancer called spindle cell sarcoma.“

Despite his diagnosis, LaFave remained committed to performing for his fans. He never canceled a single show leading up to his public announcement of his diagnosis during his interview with The Austin Chronicle.

A tribute concert to LaFave is planned to take place on Memorial Day (May 29). As of press time, no funeral details have been released.

One of LaFave’s friends said that his song “Rain Falling Down” captured him more than any other. So it’s that song we will share with you below to honor LaFave’s outstanding legacy and talent.

Our prayers go out to LaFave’s family, friends, and fans during this sad time.